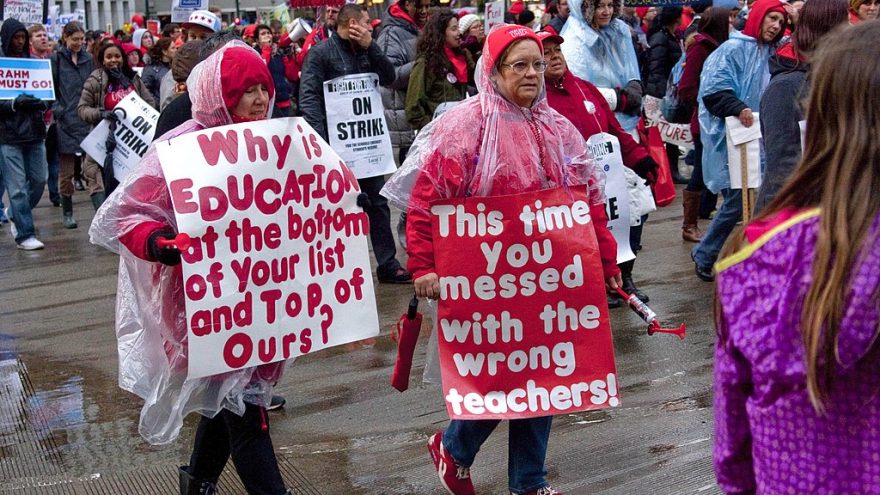 
In order to reopen schools in the fall, a major Los Angeles teachers union is demanding a robust socialist platform similar to what the CHAZ or CHOP zone in Seattle was demanding.

Medicare-for-All is one of those policies that United Teachers Los Angeles says needs to be implemented in order for them to consider safely reopening schools.

The UTLA called for at least $500 billion in additional federal assistance to K-12 schools, in addition to the passage of Medicare-for-All.

She says that it’s time they take a stance against Trump’s “anti-science agenda”.

She then goes on to call for the defunding of Los Angeles police, citing the leading cause of death for black people. What?

“police violence is a leading cause of death and trauma for Black people, and is a serious public health and moral issue.”

These people are in charge of teaching our children.

But it doesn't stop there.

They also call for a no-competition type clause where they demand a moratorium on charter schools.

Then they must have a wealth tax on unrealized capital gains for the state's billionaires and surtaxes on over $1 million.

All of this or they won't teach.

However, actual health officials say it's worse for the kids to stay at home, from a health standpoint.

The American Academy of Pediatrics urged school systems in late June to re-open schools at the start of the upcoming academic year in the fall, arguing that keeping children at home poses a far greater health risk than coronavirus.

Despite that, the Los Angeles Unified School District said schools would remain closed and be remote when they start back up in August.

For more on this story go to The Daily Caller.