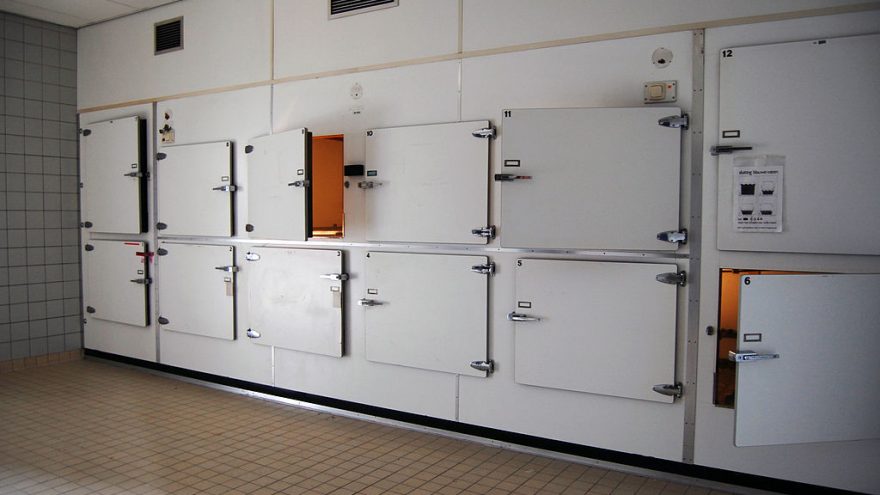 
Phoenix Mayor Kate Gallego made a splash over the weekend as she sent people into a frenzy over her claim that Phoenix’s hospital systems were overrun and had reached capacity at the morgue, so they had to order refrigerated trucks to store all the dead bodies.

This claim hit social media waves everywhere with the normal claims that Republicans are killing people.

Phoenix Mayor Gallego says Maricopa Co. has requested refrigerated trucks because one health system in the region has run out of morgue beds. pic.twitter.com/uCeHfzjjLk

“Maricopa County, which is our county public health agency, just announced that they’re going to be getting refrigerated trucks because the Abrazo health care system has run out of morgue beds,” Gallego told MSNBC’s Chuck Todd and Katy Tur.

But it wasn’t true.

Abrazo hospitals currently have "adequate morgue space", though, according to their spokesman, Keith Jones. He says the extra storage is "not needed" at this point.

The Arizona Republic contacted two other major health systems in Arizona and received the same answer. It's not needed right now but is likely part of a plan B in case they see a huge surge of the virus-related deaths.

But that's not where they're at right now.

In fact, Maricopa County plans to order coolers due to the Medical Examiner's Office being near its 150 body capacity, according to their spokesman, Fields Moseley.

They expand to a 200 body capacity every summer due to heat-related deaths and COVID-19 deaths rarely get funneled through the Medical Examiner's Office.

But that's not the only reason.

Capacity concerns have grown in the past couple of weeks, the county said, attributing the issue mostly to a “slowdown in the funerary process amid the COVID-19 pandemic.” The county health department said it doesn’t believe the issue is because of a surge in COVID-19-related deaths, but a backlog in the funeral industry.

Many families have had to put their funerals on hold due to the outbreak while those same governors have praised the BLM protests at the same time.

CBS News said an estimated 60,000 people marched in Houston for the George Floyd memorial, before they held the funeral. The media praised it.

Yet most other people who aren't a member of this 'elite group' have family members still sitting in morgues because they aren't allowed to have a funeral as it has been declared 'too dangerous'.

So, they aren't needing refrigerated trucks because of COVID-19 deaths in Arizona, even though their mayor told you that and the media spread it.

If you've been following this from the start, you're probably asking yourself why the left and their media allies keep telling lies that tend to benefit a single side's narrative. It happens almost every single day.