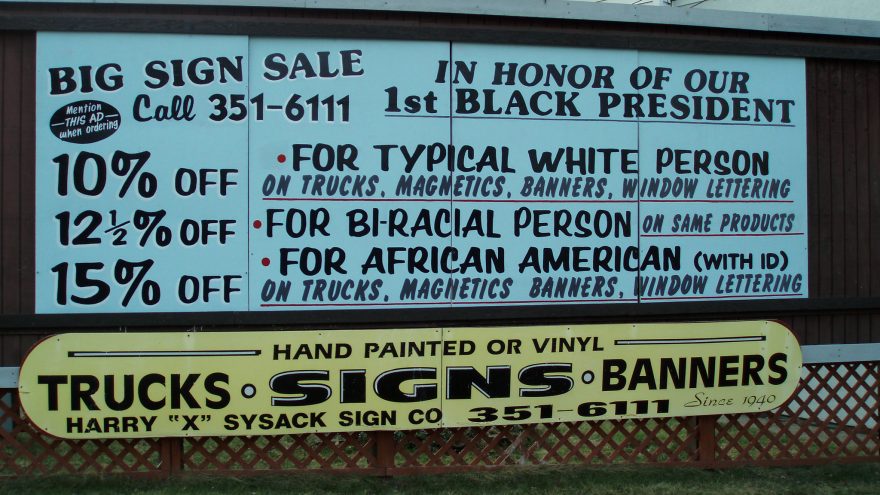 
Before our Black Lives Matter moment, one had not thought of the NBC networks as shot through with “systemic racism.”

Yet, what other explanation is there for this week’s draconian personnel decision of NBCUniversal chairman Cesar Conde.

According to Conde, the white share of NBC’s workforce, now 74% and divided evenly between men and women, will be chopped to 50%.

Persons of color — Blacks, Hispanics, Asians, Native Americans and multiracial folks — are to rise from the present 26% of NBCUniversal’s workforce to 50%.

What does this mean?

White men will be slashed as a share of NBCUniversal’s employees from the present 38% to 25%, — a cut of one-third — and then capped to ensure that people of color and women reach and remain at 50%.

White men can fall below one-fourth of the workforce, but their numbers will not be permitted to go any higher.

To impose race and gender quotas like this on the workforce at NBCUniversal — half women, half persons of color — would seem to trample all over the spirit, if not the letter, of the Civil Rights Act of 1964.

Why is Conde doing this?

“(W)e have a unique responsibility to look like and reflect all of the people of the country we serve,” he says.

But whence comes this responsibility, the realization of which means active discrimination against new employees because they are the wrong gender or race: i.e, they are unwanted white men?

America has succeeded as a meritocracy where excellence was rewarded, be it in athletics or academics. Our Olympic teams have triumphed when we send the best we had in every event.

This egalitarian and ideological revolt against excellence is also arising in Fairfax County, Virginia, at Thomas Jefferson High School for Science and Technology, which, concedes The Washington Post, "often ranks as the top public high school in the United States."

Why does TJ have a problem? Writes the Post reporter, the school is "notorious for failing to admit black and Latino students."

Does TJ discriminate in its admissions against Blacks and Hispanics? Is the school a throwback to the old days of "massive resistance"?

Of 486 students in the freshman class this fall at the school, the number of Black students is tiny, smaller even than the 3% of the class that is Hispanic. Is this yet another example of "white privilege" at work?

Hardly. Whites make up only 17% of TJ's incoming class.

The problem, if it is a problem, is Asian Americans. Three in 4 members of the fall freshman class at TJ are of Asian heritage.

Why do Asian American kids predominate? Are they being admitted on the basis of their race or ethnicity?

No, again. Asians are 73% of the incoming class because they excelled on the admissions tests in math, reading and science, and on the essay-writing assignment.

They won admission to TJ not based on their ethnicity or race but their academic excellence as demonstrated in standardized tests taken by students all over Fairfax and surrounding counties.

Thomas Jefferson principal Ann Bonitatibus says of her school, "We do not reflect the racial composition" of the Fairfax County Public School System.

No, it does not. But so what, if Thomas Jefferson ranks among the top STEM schools in the entire United States?

Is it possible to reflect the "racial composition" of Fairfax Country and to remain "the top public high school In the United States"?

A related issue is up in California. In 1996, in a state referendum, Californians voted 55-45 to embed a colorblind amendment in their state constitution:

"The State shall not discriminate against, or grant preferential treatment to, any individual or group on the basis of race, sex, color, ethnicity, or national origin in the operation of public employment, public education, or public contracting."

The Democratic legislature, however, wants to be rid of this amendment as it outlaws the kind of racial and ethnic discrimination in which Sacramento wishes to engage.

An amendment is on the November ballot to repeal the colorblind amendment and allow California to start discriminating again -- in favor of African Americans and Hispanics and against Asians and white men -- to alter the present racial balance in state university admissions and the awarding of state contracts.

If this passes, more Hispanics and Blacks with lower test scores will be admitted to elite state schools like UCLA and the University of California, Berkeley, based on race, and fewer Asians and whites. Practices that were regarded as race discrimination and supposedly outlawed in the Civil Rights Act of 1964 will henceforth be seen as commendable and mandatory.

And that is the meaning of the BLM revolution, which might be encapsulated: "It's our turn now!"

61 thoughts on “The New ‘Systemic Racism’ That Is Coming”