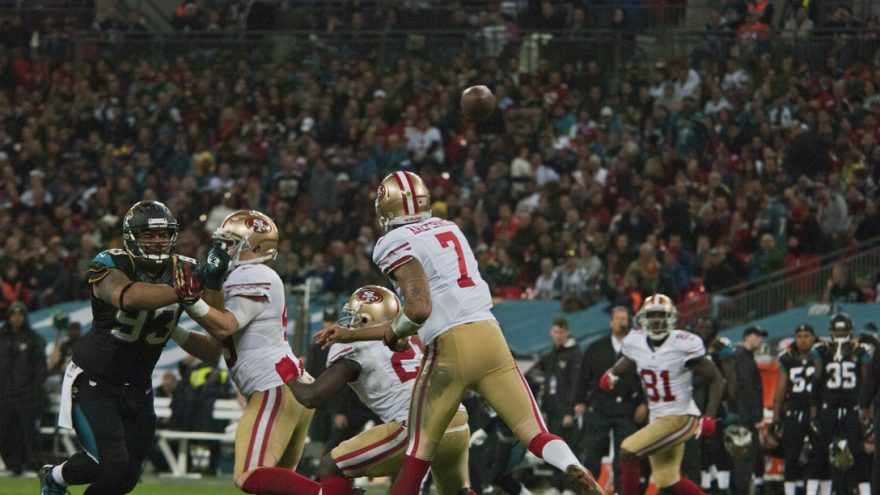 “If his efforts are not on the field but continuing to work in this space, we welcome him to that table and to help us, guide us, help us make better decisions about the kinds of things that need to be done in the communities,”

Kaepernick became widely known after he lost his starting job to Blaine Gabbert and started kneeling during the National Anthem to protests racial injustice and police brutality in the U.S.

He became even more controversial when he started wearing “police as pigs” socks to practice.

Roger Goodell also said that he would encourage a team to sign Kaepernick, who hasn't played since losing his starting role in 2016.

"Well, listen, if he wants to resume his career in the NFL, then obviously it's going to take a team to make that decision," Goodell said. "But I welcome that, support a club making that decision and encourage them to do that.

Goodell seems to be taking the public relations route as a new poll indicates that a majority of Americans believe it's OK for NFL players to kneel during the anthem.

"We, the National Football League, believe black lives matter," Goodell said in the video. "I personally protest with you and want to be part of the much-needed change in this country."

132 thoughts on “NFL: Kaepernick to Guide League on Social Justice”