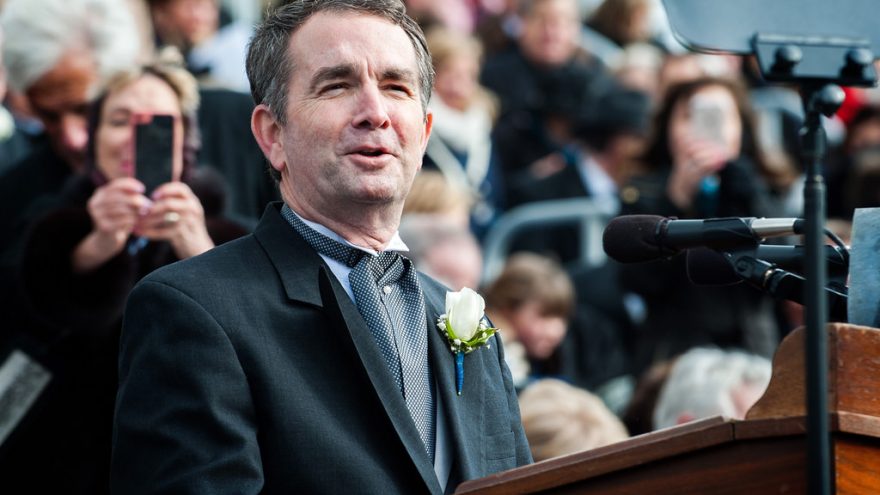 
When it was brought to light, that Governor Ralph Northam (D-VA) was in a photo from his medical school year book,  showing one person in blackface and another in a KKK robe, the people of Virginia were, understandably shocked.  It was especially unnerving given that Northam used the race card in attacking Republican Ed Gillespie in their campaign for Governor.

Then after Governor Northam admitted to being in the photo, many presumed he would take the highroad and resign from office immediately.  However, that has not been the case, and Northam will seemingly say anything, if it means he can stay in power.

While initially admitting he was in the photo, Northam recanted his admission after there were numerous calls for his resignation, saying the following.

When I was confronted with the images yesterday, I was appalled that they appeared on my page, but I believe then and now that I am not either of the people in that photo

This is of course is a little confusing, in that the picture appears on his official medical school yearbook page.    Northam, did not help in reducing the confusion, by then saying that he had appeared in blackface before, just not in that particular picture.  CNN reported the following.

Gov. Northam says he once "used just a little bit of shoe polish" to darken his face and compete as Michael Jackson for a dance contest in 1984.

With each passing day, more elected officials are calling on Northam to resign. Former Democrat Governor of Virginia, Terry McAullife, made the following statement while speaking to CNN.

Once that picture with the blackface and the klansman came out, there is no way you can continue be the governor of the Commonwealth of Virginia

We'll keep you updated on this story as it progresses.