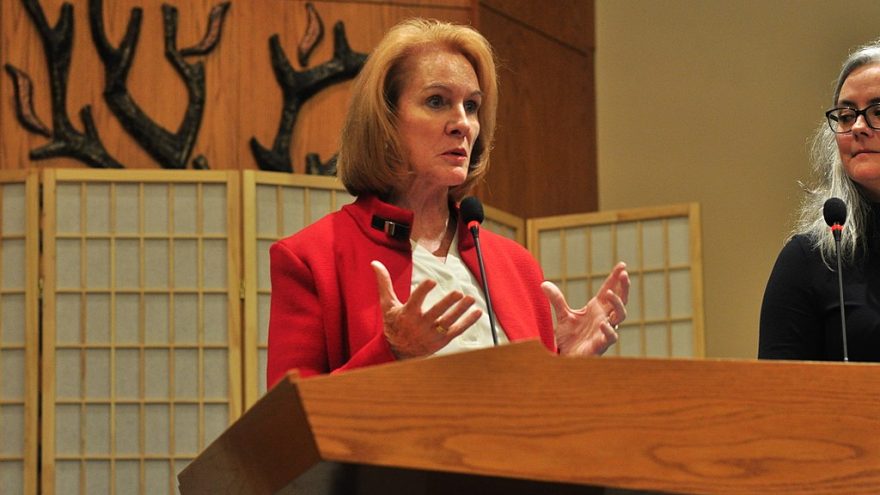 
Like something right out of a Mad Max movie, a group of radicals and militants have taken over several blocks and a Police Precinct in Seattle. Police had already surrendered the precinct.

Perhaps that’s the result when you elect an ultra-liberal mayor like Jenny Durkan.

The militants have called the area the “Capitol Hill Autonomous Zone” and have put up road blocks with signs that say “You are now leaving the USA“.

They have also declared it a “Cop Free Zone“.

I’m outside of the Seattle Police Department’s East Precinct for @townhallcom. Police have pulled out of the area and protesters have set up barricades in the streets. They have declared it a “Cop Free Zone.” pic.twitter.com/iYFQ9B4jhz

The group has stated that they also have armed citizens running shifts to protect ‘their zone’.

They're creating living spaces as they don't plan to cede the area anytime soon.

King5News is reporting that city council socialist member, Kshama Sawant, actually used her key to let the mob into City Hall for takeover.

With all this talk about the Insurrection Act, things just got a little more real.

Apparently, Seattle Police don't have a plan for retaking the surrendered precinct, either.

Sources tell me @SeattlePD has no plan for what comes next with precinct. No plan to move things back in, etc., or reclaim area. Protesters have dubbed the surrounding blocks an autonomous zone, or more colloquially, “Free Capitol Hill.” #Q13FOX (Image taken Monday) https://t.co/h1bc7m6W4y pic.twitter.com/F7JurM8L2n

Traffic in and out of the Seattle east precinct is controlled by the anarchists and the precinct has been boarded up.

It looks like Seattle has fallen at the moment.

55 thoughts on “Radical Leftists Seize Police Precinct In Seattle, Declare It Theirs”