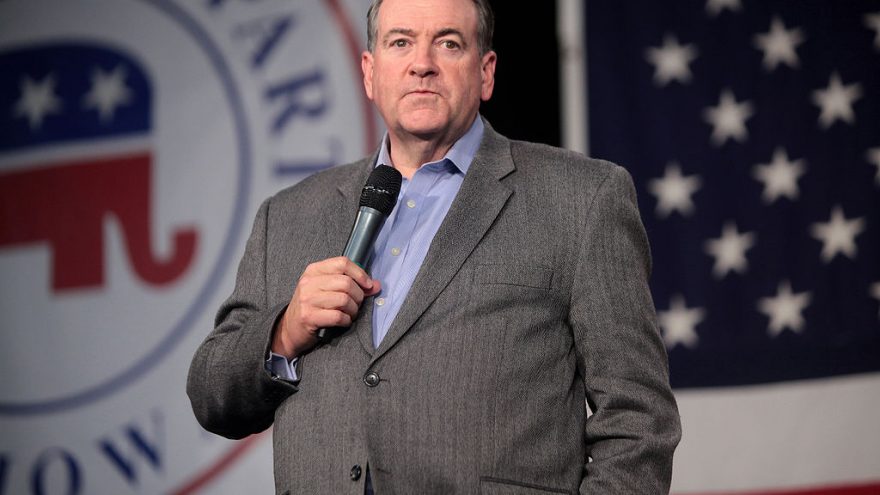 
The former Governor of Arkansas and father of Sarah Huckabee Sanders went on Fox and Friends, on Sunday, and was asked about the recent claim by The New York Times in which former President George W. Bush says he won’t support Trump in November.

Huckabee said he’s still not sure if the claim is true since it came from The New York Times and they have a record of publishing falsehoods over the recent years.

“But if that’s true, and if you have people who were nominated, and in the case of President Bush, actually elected to be president by Republicans, and they will no longer support the Republican nominee who went through the process and got elected, then I’m gonna be not just unhappy, I’m gonna be livid,” Huckabee stated. “And I’ll tell you why.”

Huckabee says he understands why some conservatives don't like President Trump's rough and brash manner but, in the end, he's accomplished so many things that conservatives have wanted for decades that it's hard not to see him as a beacon of light for those who have conservative values.

“This president is more pro-life than we’ve ever had, period. He’s more pro-Israel. He has deregulated so much government so that the businesses of America can thrive – and they have until this COVID stuff happened,” the former governor said. “This is a president who has stood up to the globalists, stood up to the unfair trade practices, brought back American jobs, has done more for minorities than any president in my lifetime in actually helping people to have good, decent jobs and a future. This is a president who has reformed criminal justice.”

Huckabee goes on to say that in the end, it's gonna be Trump vs. Joe Biden. Joe Biden is none of the things that conservatives want. He's not pro-life, promises higher taxes, open borders, and capitulation to the Chinese Communist regime.

With many polls showing trouble ahead for President Trump, we have an extremely important choice to make in November and it should be an easy one.

That’s why we have to realize this is a simple choice and we better make the right one.

71 thoughts on “Huckabee: Get Over Trump’s Personality – It’s Trump Vs. Biden”