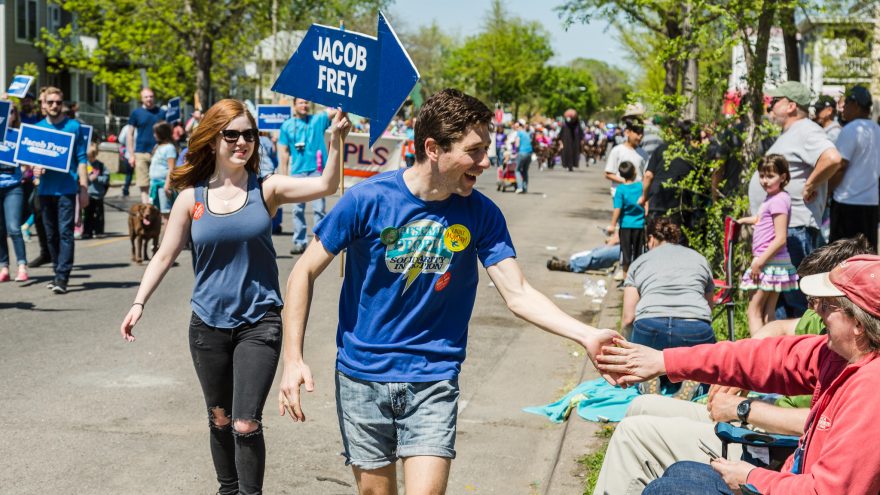 
As I look back over the last decade or two and remember riots, like the one we’re seeing in Minneapolis right now, it occurred to me that many of them seem to have something in common. There are bad cops everywhere just like there are bad people everywhere.

However, good leadership would put a stop to the corruption before it got to this point. These bad cops and strong-arming government officials would be sternly punished and held accountable for their actions. But many haven’t been, for decades, and we’re seeing the result.

Think back to the Ferguson riots of 2014, in Ferguson, MO. It was a little bit of a special case because of the ‘hands up don’t shoot’ narrative of an event that actually never existed but it led to violent riots and destruction. Then there were also riots in NY, NJ, L.A., Denver, Chicago, & Philly over police brutality. We’ve seen violent riots in Seattle and Portland as well.

Why do these things keep in happening in mostly Democrat-run cities and states? Is it encouraged by leadership? Is it a result of policy? Democrats have long been the party to claim racial inequality but this inequality seems to happen, almost solely, on their watch.

It's like a rinse and repeat strategy. Employ policies that citizens view as unfair and tyrannical then watch the riots explode, literally. Democrats typically benefit from these riots, politically, as they tend to run back to their claims of racial inequality.

It's starting to look like the firefighter who starts a fire to then be praised for putting it out.

For the record, what the police officer did in Minneapolis is nothing short of disgusting and I believe he should and will be punished. However, I've noticed a common theme among these 'abuse of power' incidents and violent riots.

One thing they all have in common is weak leadership. The second thing is, well, you probably know by now.

76 thoughts on “Are Democrat-Run Cities Prone to Police Violence and Riots?”