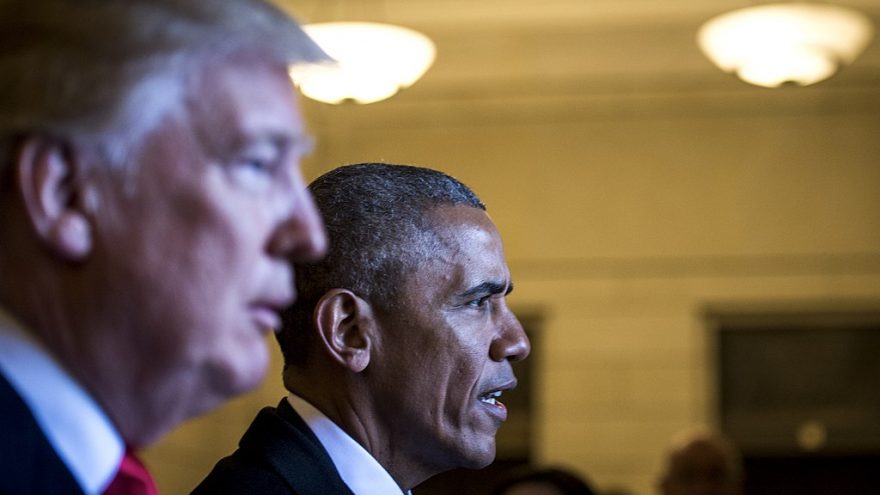 
Pres. Trump sat down with Maria Bartiromo on Sunday to discuss a recent decision by Richard Grenell to strip the FBI of its duties to brief the 2020 presidential candidates. There’s no doubt that there was a political bias by FBI agents involved in the 2016 election. A mountain of recently released evidence shows that clearly.

Remember that President Trump claimed that Obama had spied on him and his campaign. He was mocked for saying this and many called him a liar. However we now know that this claim was true. So, the question is what did Obama know? After all he knew about Flynn phone calls before his deputy Attorney General did.

Maria asked him if he believed the president Obama directed US intelligence to spy on him.

“Yes, he probably directed them but if he didn’t direct them, he knew everything” replied Trump. The President then makes a very concise statement: “and you’ll see that, by the way…you’re gonna see that when the papers come out.”

Like virtually every other part of this scandal the president seems to be dropping hints of what is to come. With so much information already released, like the Strzok/Page text messages, declassified testimonies, and list of Obama folks who worked to unmask General Flynn, one has to wonder what else could possibly be coming out?

James Comey briefed candidate Trump just one day after the infamous January 5th Obama meeting with Intel Directors in the oval office. President Trump says they snuck around the White House Council to meet with general Flynn and basically just tried to scare him using the Logan act when they couldn't find evidence of collusion. But he ended the conversation with another hint.

“But let me tell you a little secret,” said Trump. “With Mueller, that whole thing turned out to be a total fraud. The whole Mueller investigation’s a fraud. It was all part of the same deal” Trump added.  As for “what they did to General Flynn, and others, you know we know about General Flynn, you’ll find out about others too” Trump asserted. The others too? Keep the “papers” coming!

For more on this story go to The Gregg Jarrett article.