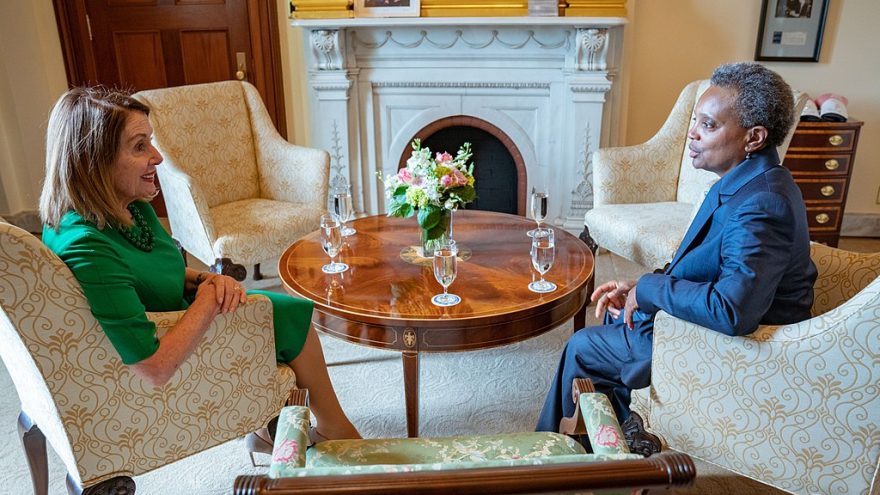 
Social distancing is all the rage these days. Murder? Sure that can be dangerous, too, but there are people coming within 6 feet of other people right now. Somebody has to do something, at least according to Chicago Mayor Lori Lightfoot.

According to the pastor of a Chicago church, the police showed up at his church on Sunday and demanded that they stop the service. They started banging on the doors but the doors were locked, for safety precautions, as they always are during service.

Outside, he said, were three police cars, two unmarked cars, and a representative from Chicago Mayor Lori Lightfoot’s office. Lewis told Starnes it was “like the Soviet-style KGB.”...“The only thing she hasn’t done yet is beat the doors down and arrest our members,”

Louis said begin taking pictures of everyone that was arriving for the service. There has also been a report that Mayor Lightfoot sent police to tow cars from church parking lots on Sunday.

The Chicago police tweeted that they were deploying extra resources across the city to help reinforce the importance of social distancing.

Meanwhile, Chicago had its most deadly Memorial Day weekend in 5 years. 8 killed and 24 wounded.

But they're towing cars from churches.

26 thoughts on “Chicago: Highest Murder Toll in 5 Years But This is the Focus Instead”