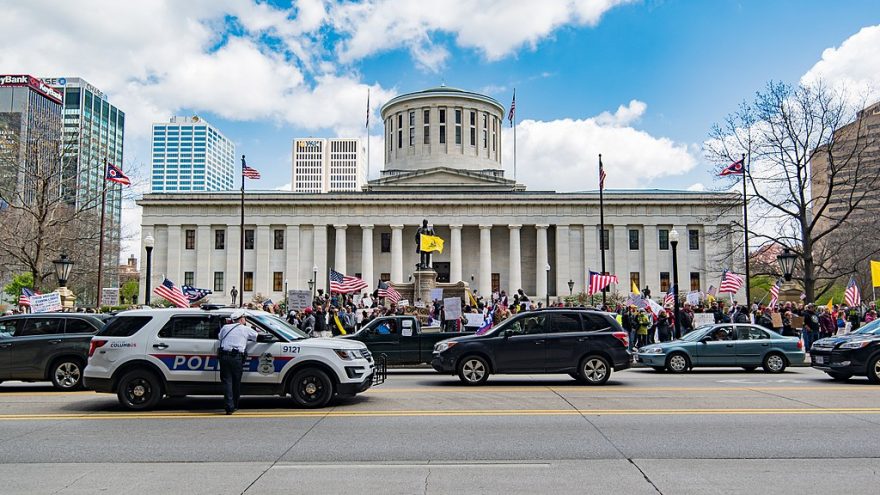 
As the coronavirus pandemic continues, Americans find themselves on the horns of a dilemma. Should we give the highest priority to fighting the disease to save as many lives as possible? Or should we ease government restrictions in order to save the economy from a prolonged recession or even depression?

But the dilemma is an illusion. The stay-at-home orders and mandatory closure of nonessential businesses are only partly responsible for the huge increase in unemployment and the sharp drop in economic activity. Even if every restriction were lifted immediately, the economy would continue to gasp, not roar.

That’s because the biggest problem is the pandemic itself. Fear of a deadly disease has turned us into a nation of stubborn homebodies. Allow Americans to go back to crowded restaurants, airline flights and church services, and many if not most would say: I’m good.

It’s worth examining the mindset behind the “reopen America” push. Great efforts are made to minimize the danger — despite the official death toll of more than 86,000. It mainly kills frail geezers who would die soon anyway, we are told, or those with preexisting conditions.

The number of likely fatalities, they say, is no big deal in the grand scheme of things. In this view, saving the economy helps everyone, while fighting COVID-19 helps only a tiny segment of the population.

These views reveal a surprising indifference to human life, as well as a howling inconsistency. The 9/11 attacks killed fewer than 3,000 -- and were treated as both an unimaginable catastrophe and cause for going to war on the other side of the planet. Imagine the U.S. government's response if Iran had detonated a series of bombs that killed 86,000 Americans.

Remember when opponents of the Affordable Care Act raised the specter of health care rationing? Sarah Palin thundered: "The America I know and love is not one in which my parents or my baby with Down Syndrome will have to stand in front of Obama's 'death panel' so his bureaucrats can decide, based on a subjective judgment of their 'level of productivity in society,' whether they are worthy of health care. Such a system is downright evil."

That claim was a creation of her unhinged mind. But the danger from this virus to older Americans and people afflicted by medical conditions that make them vulnerable is real. Some 93 million Americans are age 55 or older, and between 50 million and 129 million of the nonelderly have one or more preexisting health conditions.

Texas Gov. Greg Abbott, a Republican, allowed more businesses to open after admitting, in a recorded call, that the change "actually will lead to an increase and spread" of the disease. Texas Republican Lt. Gov. Dan Patrick said that "there are more important things than living" and "we've got to take some risks and get back in the game and get this country back up and running."

But the idea that easing up on public health measures will jump-start the economy is wishful thinking. That's because one of two things is likely to happen.

The first is that most people will continue to avoid unnecessary activities that involve venturing out and spending money -- in which case businesses will continue to suffer and workers will remain unemployed and underemployed.

Polls indicate that most Americans support stay-at-home orders and oppose easing the rules. Those people are not about to start booking flights and driving to the cineplex as long as the virus is mowing down 2,000 or more people a day.

But suppose Americans do leap at the chance to resume life as they knew it? In that case, the pandemic will accelerate, infecting more people -- including in places that have been relatively unaffected -- and causing more deaths.

If that happens, then employees will get sick, businesses will lose customers and people will hunker down again. The economy will take another hit, perhaps more painful and prolonged than the original one.

The key to restoring economic vitality is protecting public health. Those who argue otherwise forget that the sudden collapse of demand was caused more by the pandemic than by the policies implemented to combat it.

If we can find ways to curb the disease and reduce its mortality, the economy will eventually regain its vigor. But if the pandemic keeps sending tens of thousands of people to the graveyard, it will also dig a grave for prosperity.

10 thoughts on “The Illusory Choice Between Health and Prosperity”