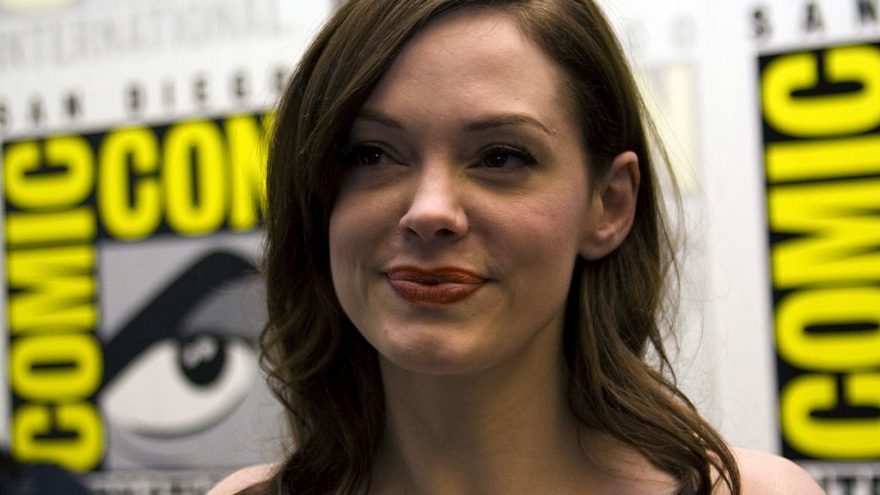 
To be quite honest I rarely care what any Hollywood celebrity says or thinks, especially when it comes to politics that affect the rest of us. However, I have found it interesting to watch some of the political spectacles that have arisen from Hollywood actors/actresses.

We’ve seen celebrities that have nothing to lose, now that they’re multi-millionaires, step out and become loudly obnoxious political sycophants (I.e. Robert DeNiro and Alec Baldwin). We’ve seen others go against the grain and get ‘blacklisted’ from big movie deals and appearances.

Rose McGowan has been more vocal over the last couple of years and she’s been a pretty staunch anti-Trump activist. However, she has sort of come out against the grain about the sexual assault problem in Hollywood and among ‘elites’.

This hasn’t won her any appreciation from that particular group.

“And I was always told it was the Democratic Party that were the good guys, that our papers were New York Times & the Washington Post and we as a family loved listing to All Things Considered and we’d talk about how much we loved Ira Glass’ voice. But now I know too much."

Uh oh.. When folks in Hollywood are waking up you know the Democrats have to be nervous. That's their bread and butter. That's their mouthpiece.

She talks about having to hear GW Bush speak and pounding the word "terrorism" into people's heads, what she felt was cult-speak. But now, she says that's what the Democrats and media are doing.

“Republicans have always been painted as the bad guys, and I’ve always seen them more as a cult, but now I realize so are the Democrats and the media. Marco and micro. This is deeper than a cover-up. And I’m sad because there’s death around all corners and shadows in the daytime. It hurts.”

The hypocrisy of the left and their media allies is proving too much for most people with any semblance of independence left. She notes the "utter hypocrisy" and "favoritism" of the NYT when it comes to coverage of Donald Trump and Joe Biden.

“Yes, you go after the reprehensible Trump, but leave Biden accusations alone. You are the problem"

She also calls for the people to RISE and overthrow sick system and demand that Joe Biden end his campaign immediately.

When Hollywood starts referring to the Democrats and media as part of a cult, and gives examples, then it's time for Democrats to panic.

I'll let you read the rest by clicking on her tweet, as there is some foul language involved.

13 thoughts on “Rose McGowan: Dems And Media Fooled Me, Deeper Than A Cover-Up”