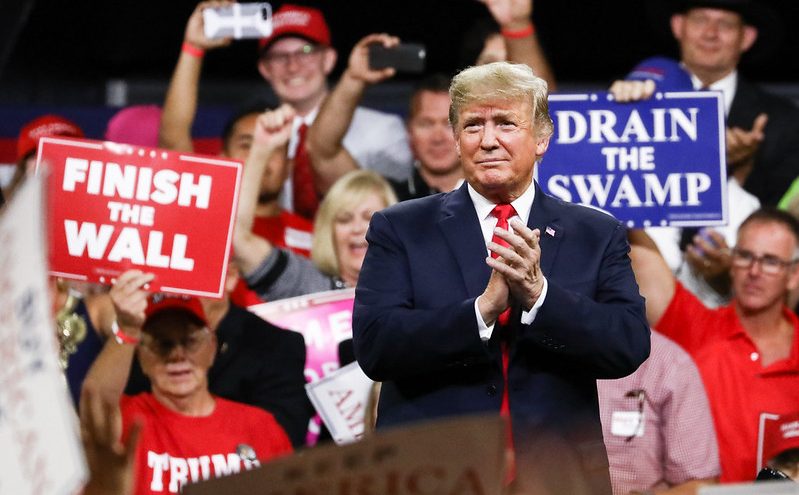 
If you’d have asked me 3 months ago what I thought about the latest “Trump is in trouble” poll, I’d have laughed in your face. We had a roaring economy, huge and exciting Trump rallies everywhere he went, and the wind at President Trump’s back.

That has changed. All of it has changed. President Trump isn’t responsible for it but that doesn’t mean it hasn’t happened. The Chinese virus brought a screeching halt to our economy. We went from the best unemployment numbers in history (in many areas) to adding tens of millions without work to the toll. That’s not counting the number of people who will likely be unemployed when this “lockdown” of sorts ends.

We don’t really know when this will end for good. People are struggling financially and $1,200 doesn’t fix that, if you even got $1,200. $5,000 doesn’t fix that if you come out of this in another month without a job.

Don’t take this as a doomsday article or opinion because it’s not. But it is a reality check and the reality may be that, if folks don’t get back to work and able to support their families, they may not be as motivated to get out in November and vote.

A new USA Today/Suffolk University Poll has Biden leading President Trump by 6 points. Do I put all my faith in these polls? No, but we cannot ignore the fact that people are getting fed up with the shutdown and financial burdens are weighing on Americans who have been told by their government that they cannot go back to work.

Fair or not, much of that blame will land directly at the President's doorstep.

There is also a split in opinion about how safe it is to go back to work. It's sort of a catch-22 for the President, as most things are due to media coverage. He won't be a able to make everyone happy; not even among his supporters.

President Trump has promised to fix a "broken system". In my opinion he's had an excellent start but it's nowhere near done and it won't be easy - there will be pain for some. Americans have become accustomed to instant gratification and when we don't get it, we tend to lose faith or get impatient and move on.

Reality says that Biden holds a substantial advantage among women as well.

And while Trump leads among men 46-35 percent, Biden holds a massive 53-30 percent advantage among women.

When the President is holding his rallies, he absolutely kills it. That's his domain. There's nobody like him in that arena. But he can't do that right now and, if there's a resurgence of this virus in the fall, he may not be able to hold rallies on the way to the election in November.

In a debate Biden wouldn't stand a chance - even if, like Hillary, he got the questions ahead of time. But there may not be any debates. Biden could have a "get out of jail free" card with a fall resurgence of the coronavirus.

All of this adds up to a potentially troublesome campaign for President Trump. His strengths could be silenced and, if he's not holding rallies or having debates, there's no doubt the motivation level among his supporters will drop. Not the ardent supporters but the independents that were on the fence or just leaning toward Trump because of all he's done for the economy.

One thing I've learned about President Trump, over the last few years, is that he always has more than one plan. Often, what looks like a dagger to his plan ends up being the dagger he uses.

A lot can and will likely happen between now and November. So, it's not time to panic, yet, but it is time for a reality check. The reality is that this is shaping up to be a fight unlike most of his supporters expected and they will be asked to step up to the challenge.

22 thoughts on “Why Trump Supporters Should Be Worried”