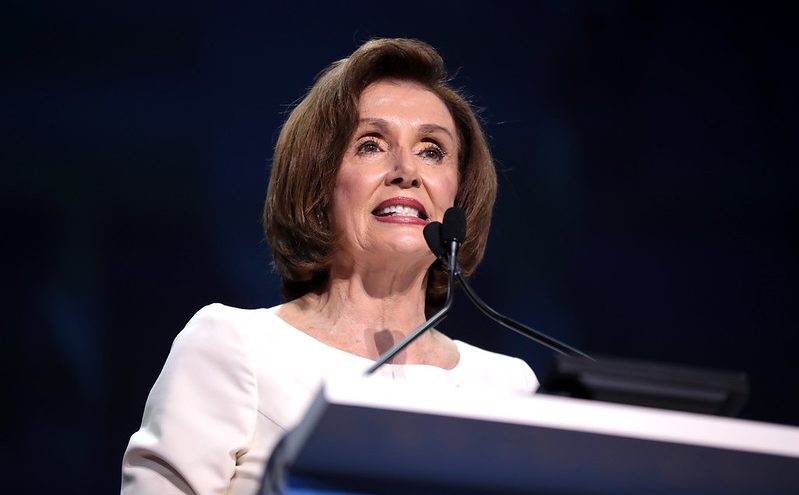 
We’re starting to see a pattern here. When the country is in need of immediate assistance or helpful legislation by the Democrat controlled House of Representatives, they use that as an opportunity to push agendas that have been consistently voted down by the people.

Congress is considering another relief package for the shutdown during this pandemic. The Democrat controlled House has held it up and then added their own ‘wants’ into each relief package so far. Remember when they tried to sneak in funding for Planned Parenthood? Or when they wanted changes to the voting process in order get money out the door to struggling small business?

Now Pelosi has her eye on Universal Basic Income. An idea put forward by Bernie Sanders and The Squad.

Pelosi said on “MSNBC Live” a minimum guaranteed income is “perhaps” now “worthy” of getting looked at being added into the next funding package.

So, there may be some merit to the claim that Pelosi is no longer running the show for the Democrats in the House.

She didn't stop there, though. Pelosi also went on the offensive, railing against President Trump's decision to stop travel from China early on in the outbreak. She claims it wasn't as effective as the White House says it was.

“Actually tens of thousands of people were allowed in from China, it wasn't as it was described as this great moment,” Pelosi said on CNN’s “State of the Union.” “So if you're going to shut the door because you have an evaluation because of an epidemic, then shut the door.”

President Trump had mentioned, in a press conference, that the people that came from China were U.S. citizens. If true, that's another point of hypocrisy from the left as they were criticizing the President when American citizens were stuck overseas shortly after the travel ban.

Just to clarify, the ban was racist, xenophobic, and undercutting the international efforts at first. Then of course the Democrats said they supported it the whole time. Now it's back to being a bad idea that didn't work out.

Let's wait til next week, maybe even tomorrow, to see how they feel then.