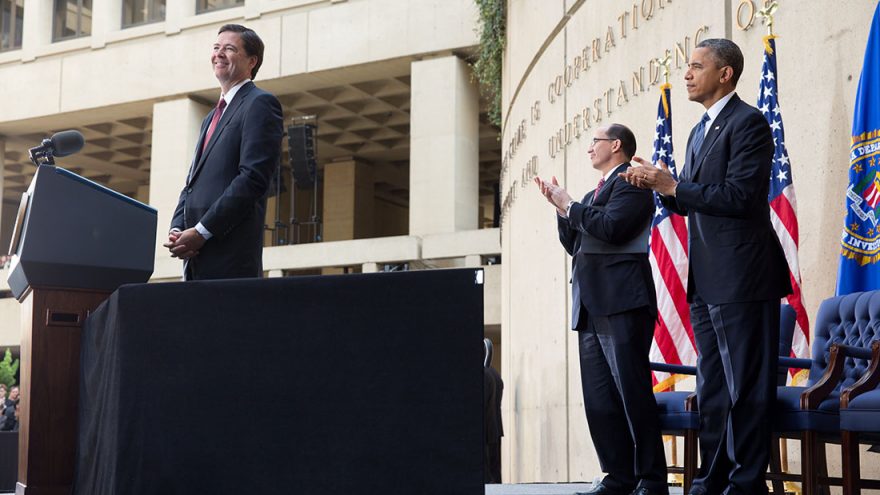 “It’s ironic that the Russian collusion narrative was fatally flawed because of Russian disinformation,” quipped Sens. Charles Grassley and Ron Johnson, who requested the declassified footnotes.

Wemple, as well as other journalists, found two disinformation lumps in Steele’s bubbling cauldron of unproven gossip. Most obviously, the notion that the Russians possessed spicy “kompromat” on Donald Trump’s alleged behavior with prostitutes in Moscow was Tom Arnold-level journalism. Then there’s the falsified claim that Trump’s personal lawyer Michael Cohen flew to Prague to meet with Russian colluders.

The Media Research Center found that during the first two and a half years of Trump’s presidency, the ABC, CBS and NBC evening newscasts devoted over 2,200 minutes to the notion that Russian disinformation was used to elect Trump, but they avoided revelations that made Democrats look bad. The “bombshells” always seem to land on one party.

The dossier drew only 15 minutes of airtime in 2017 and eight in 2018 when former FBI Director James Comey's book came out. But the networks didn't notice these new revelations. (CBS and CNN noted them online.)
So why is Wemple still writing about this? After all, other recent articles underline that Wemple is a fierce critic of President Trump's "unhinged" coronavirus press briefings. He titled a recent article "Trump + Hannity = An exceptionally dumb Easter."

Wemple is playing equal-opportunity media critic with this story and has hammered CNN and MSNBC (especially MSNBC's biggest star, Rachel Maddow) for their journalistic breakdown. In other words, he's the anti-Brian Stelter. A Nexis search for Stelter's name and "dossier" or "Fusion GPS" or "Christopher Steele" finds very little, nothing after December 2018.

In April 2017, then-BuzzFeed editor-in-chief Ben Smith -- who is now, believe it or not, The New York Times media columnist -- went on CNN podcast "The Axe Files" and defended publishing the entire Steele dossier. "Our audiences are swimming in all kinds of information," he said. "I think ... there's this impulse to be the gatekeeper, but you're standing there at the gate, and there's just water flowing past on both sides."

But is the water drinkable, or is it laced with sewage? Smith would give you both. It makes you laugh to reread how, when The Times hired Smith, it touted him as "a relentless innovator who helped change the shape of modern journalism."
CNN called the new revelations about the dossier a partisan development. A headline read, "GOP seizes on newly declassified material to raise further questions about Steele dossier." The story began with the words "Senate Republicans are touting newly declassified information."

Wemple pointed out that "Republicans are 'touting' the footnotes in part because media outlets such as CNN, MSNBC and others 'touted' the dossier with flimsy corroboration in the early months of the Trump presidency." CNN anchor Alisyn Camerota even claimed in December 2017 that our intelligence community had "corroborated all the details" of the dossier.

The Steele dossier is a great example of why the Republican half of America frowns at Facebook and Google and YouTube for tilting their search results toward "authoritative news sources" like CNN so the public is less susceptible to manipulation. At least Wemple wants these "authorities" to earn their place as the top media manipulators.