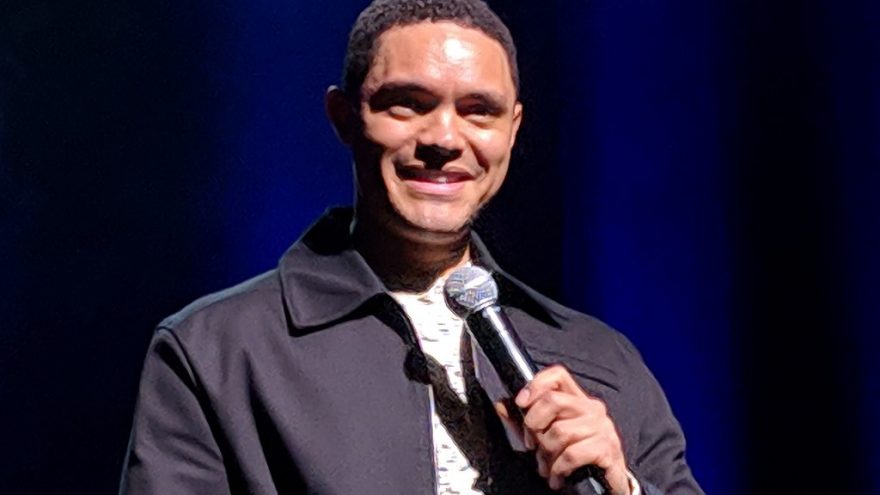 
The biggest joke in former President Barack Obama’s endorsement video for presumptive Democratic presidential nominee Joe Biden was his warning about what Biden is facing. “(I)t won’t be easy,” he said. “The other side has a massive war chest. The other side has a propaganda network with little regard for the truth.”

Obama has almost the entire news media eating out of his hand, and he still whines about Fox News, that irksome “propaganda network.” The left complains whenever it can’t corner every media market and squelch any uprising of conservative dissent. It’s “propaganda” and “disinformation” when you disagree with the left’s wonderfully compassionate worldview.

Then there are the comedians, who are even more urgently on the verge of complete groupthink. I opened up my morning email of video clips from Grabien and was just amazed at the venom of commentary from the late-night shows on April 15. Let’s start with President Donald Trump’s decision to withhold World Health Organization funding for a few months to probe what went wrong with the eruption of the coronavirus from China.

The comedians fell all over themselves competing for the best metaphors to describe Trump as a flaming-hot moron who will harm us all. Who would win the gold medal for hottest burn?

On ABC, there's Jimmy Kimmel, who said: "Stopping funding to an organization that handles pandemics in the middle of a pandemic is like slashing your own tires because you're mad you woke up late for work. So far, he's blamed this on Obama, the governors, the media, the WHO. Has he blamed it on the Mexicans yet?"

On CBS, Stephen Colbert offered his own entry: "It's like when your house is engulfed in flames: The first thing you do is burn down the fire department. The U.S. is the WHO's biggest donor, so Trump is talking about taking away around $553 million. He hasn't done anything this hostile to world health since introducing the burger table" (translation: the fast food feast at the White House for the Clemson football team).

On Comedy Central, "Daily Show" host Trevor Noah joked about Uber when talking about Trump's maligning the "integral" WHO: "It's the same reason you don't give your Uber driver one star during the ride. You do that (expletive) after you are safe at home, not while you're doing 90 on the freeway. 'One star? One star? I will show you one star, motherf-----!'"

The late-night comedians can even trash CNN ... from the left. NBC late-night host Seth Meyers lectured the cable newsers for their live coverage of Trump's coronavirus press briefings. "(I)t doesn't make it better when you give it a negative chyron, like CNN did on Monday with 'Angry Trump Turns Briefing Into Propaganda Session,'" he said. "You know what else turned that into a propaganda session? Pointing your camera at it. Before you showed up it was just 'Crazy Lawn Man Does His Thing.' You can't air a propaganda session and criticize it."

For "balance," we could spy on CBS late-night host James Corden, who interviewed House Speaker Nancy Pelosi in her kitchen two nights earlier. Now, she would be held accountable, right? Wrong. For 15 minutes, Corden asked softball questions such as this: "Why is it, do you think, the president is choosing to ignore scientists and science and talk about reopening the country, not shut the country down soon enough? Why do you think?"

Then Corden gushed all over Pelosi when she showed him her expensive freezer loaded with chocolate ice cream. "I have always felt a connection with you, and now I understand why," he said.

To CBS, she's a very sweet and creamy Woman of the People. But look over there at Fox. That network is just full of one-sided, partisan propaganda.

36 thoughts on “The Late-Night Comedians Rage at Trump”