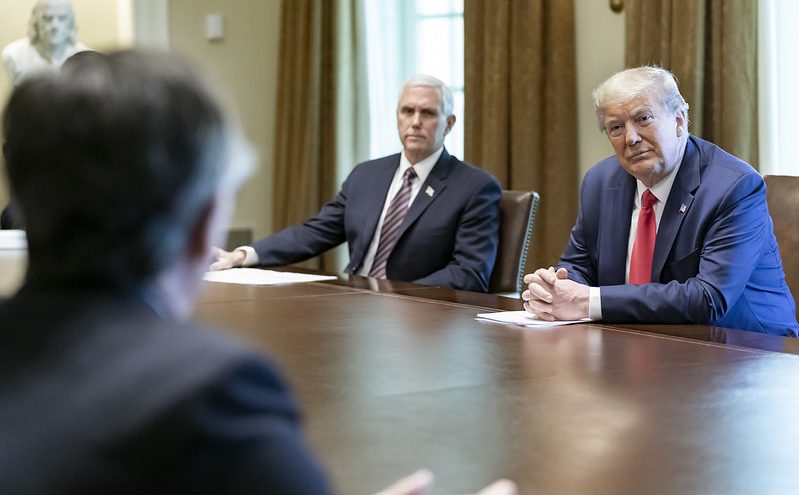 One more, very overlooked and under-reported, thing Congress has been dragging their feet on is federal appointments. President Trump has still managed to appoint more Federal Judges than any other President in history.

The process of confirming nominations to the Federal bench has become more contentious over the years. According to The Heritage Foundation, “From 1789 to 2000, 97% of judges approved by the Senate had zero opposition”.

It’s even more contentious today, in case you weren’t paying attention. The Democrats are holding out for high hopes of a successful 2020 election so they don’t want any more confirmations and they’re stalling as much as they can.

The problem is that President Trump says he needs these appointments to deal with the Coronavirus.

So if Congress won't do their job he'll be forced to use a backup plan.

“If the House will not agree to that adjournment, I will exercise my constitutional authority to adjourn both chambers of Congress. The current practice of leaving town while conducting phony pro forma sessions is a dereliction of duty that the American people cannot afford during this crisis,” Trump said at a White House briefing. “It is a scam what they do.”

President Trump acknowledges that it's probably never been done before but he's not one to just follow suit. When the Senate is not in session, a president can make what's called "recess appointments". It's nothing new. Obama had over 30. G.W. Bush had 171 and Bill Clinton had 139.

Right now a position that stays unfilled is the Director of National Intelligence. It seems obvious to state the point that we are fighting a pandemic that may have been "released" by China.

As you can imagine, there are many people who oppose the proposed move. Jonathan Turley, a constitutional law professor, advised against the move.

“The President just said that he may unilaterally adjourn Congress. This seems to be a reference to Article II, Section 3, which gives a president in ‘extraordinary occasions’ to convene or adjourn the Houses. This power has never been used and should not be used now . . .”

Is this a bluff or a warning? Hard to tell but President Trump always has a backup plan. Let's see if Congress can get their job done to avoid this precedent.