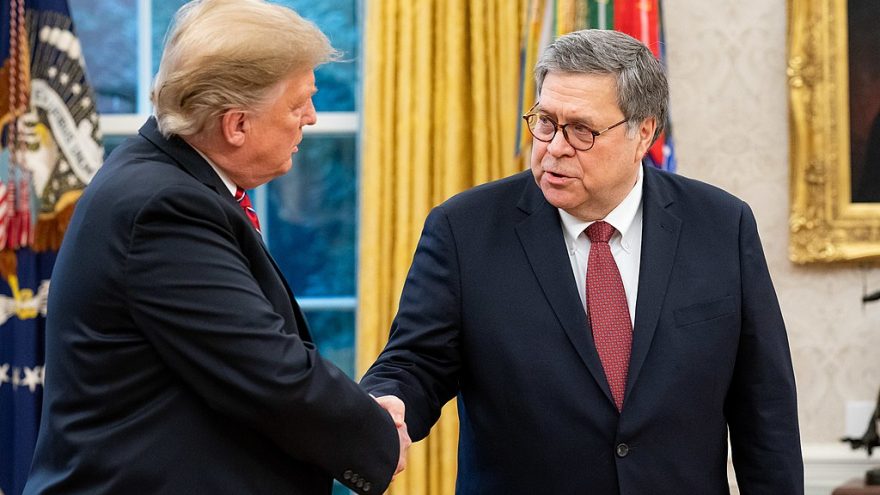 
Many Americans have been waiting, for years, for justice to be served to those in the Obama DOJ, FBI, CIA, and State Department for their role in what is now referred to as SpyGate. Some of the crimes, i.e. the alleged Clinton crimes, have been exposed for longer than just a few years.

Many have also grown tired and weary of a system that seems to hammer some people for relatively smaller crimes while letting ‘elites’ and wealthier, more connected people off the hook completely. So, it’s no surprise that by now many people are just angrily but skeptically asking the question.

Will anything happen to these people or is our system of justice so perverted that it’s beyond repair?

Attorneys General William Barr may have just tipped his hat in a big way.

Kevin Brock, at The Hill, thinks Barr just dropped a massive hint in the language he used in a recent interview.

“Travesty” is not a nice word. It usually is applied to gross perversions of justice, and that apparently is the context Attorney GeneralWilliam Barrdesired when he dropped it into an interview answer the other day in the breezy courtyard of the Department of Justice (DOJ).

He was referring to Barr's comment about "what happened to him (Trump) was one of the greatest travesties in American history".

Brock goes on to say that there has never been an investigation into the FBI that was referred to as something as serious as a 'travesty'.

The second narrative didn't fly with many, given what the know via the text exchanges to two key FBI agents in charge, testimony from key witnesses slowly being declassified, and the actions of the Mueller team.

Barr also said that the FBI and DOJ "without any basis started this investigation... into the Trump campaign".

Attorney John Durham is looking into these actions as part of a deeper and wider investigation into what happened. If Brock is right, things are about to get very difficult for the 'dirty cops' involved in the alleged plot to take down a U.S. Presidential candidate and, eventually, sitting U.S. President.

For a deeper dive into this check out Kevin Brock's article at The Hill.

60 thoughts on “Did AG Barr Just Drop a Massive Hint?”