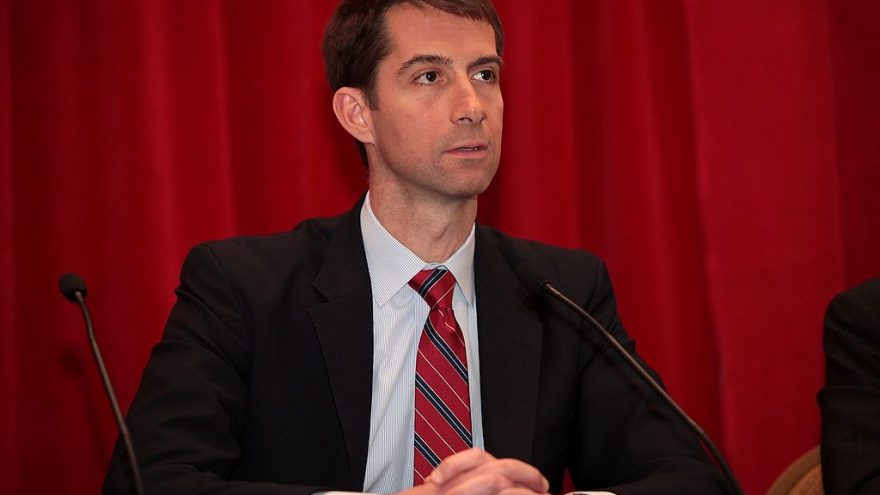 
Senator Tom Cotton has been a target of the left over the last couple of months. Primarily, it’s because of his comments early on in the coronavirus epidemic.

“I suspect that months from now or perhaps even years from now, when people look back at this time, coronavirus will be considered the bigger story than impeachment,” the senator continued. “I hope that’s wrong. I hope that we can get this epidemic under control before it reaches our shores in wide and far-reaching numbers.

Why was he being attacked for being cautious early on?

Impeachment was the plan back in January and February – when this pandemic was just starting to blow up. Senator Cotton says that, at the time, Congress was more focused on impeachment than this outbreak.

CNN, and other media outlets were still referring to the virus as the "Chinese virus" and the headlines were mostly about impeachment.

Senator Cotton was called a 'conspiracy theorist' for mentioning the virus may deserve more attention during the impeachment proceedings and that China was hiding key details and the seriousness of the disease. They accused him of trying to distract from impeachment.

Less than 2 weeks after Senator Cotton made those comments, President Trump issued a travel restriction on flights from China. He was called a racist and a xenophobe for doing so.

Senator Tom Cotton predicted (feared) that the coronavirus outbreak would be a bigger story than impeachment - he was laughed at.

The media has now changed their tune but they do owe Sen. Cotton an apology and they owe Donald J. Trump an apology. If the past is any indicator, I'm not holding my breath.

7 thoughts on “How Are His Predictions Looking Now?”