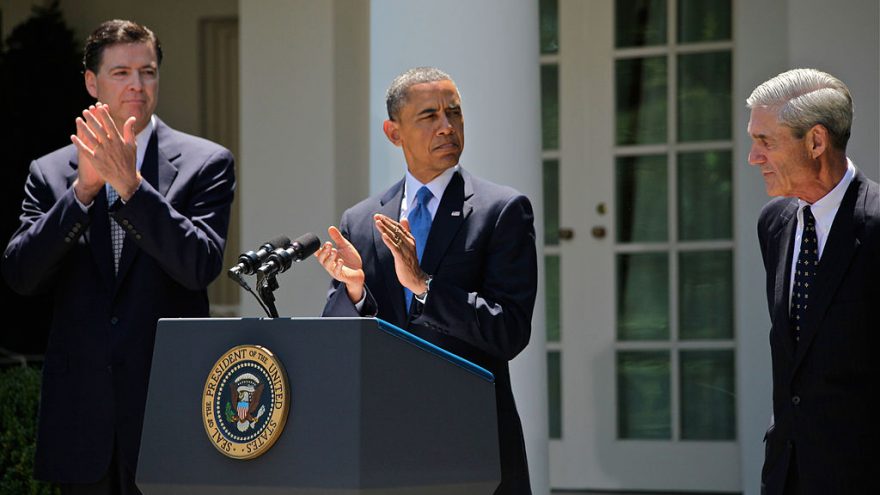 
Department of Justice Inspector General, Michael Horowitz, released a damaging report on Tuesday of their findings of the FBI FISA applications. FISA is the Foreign Intelligence Surveillance Act that establishes guidelines and procedures for surveillance (both electronic and physical) and collection of intelligence on foreign powers or foreign agents. This was passed to help prevent terrorism and battle espionage.

Since then, Horowitz has reviewed 29 more applications and what he found should be deeply disturbing to every American.

Of the 29 applications to spy – 4 of them did not include any Woods files (Woods Files contains supporting evidence for the claims in the application to spy). This means either the Woods files did not even exist or were removed.

Of the 25 remaining applications, each one had serious issues of missing evidence, unsupported evidence,  or the evidence was inconsistent with what was stated in the application. Are you reading this? The report says:

Every single application they reviewed contained a comedy of errors. These allow our FBI to SPY on our citizens and even a Presidential candidate!

And they don't even follow the rules. This standard says they can just make up reasons to spy on folks and it gets approved by the FISA court. In fact, it seems that's exactly what they've done...IN EVERY APPLICATION REVIEWED.

Republicans in the House and Senate are calling for Horowitz to testify on his new report. Will any Democrats want to get to the bottom of this?

For more not his story, check out Sara Carter's article.