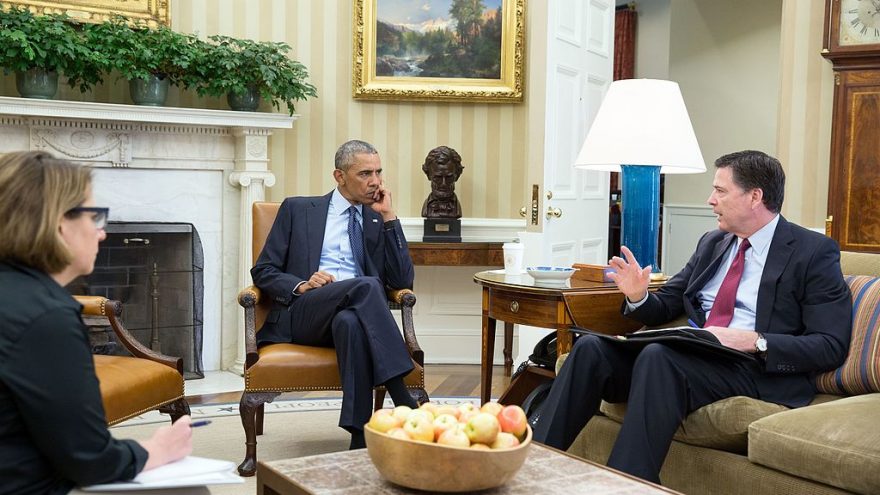 
Former FBI lawyer, Lisa Page, was questioned under oath last July. What she said raised some eyebrows but had been kept private until a couple of weeks ago. The House Judiciary Committee Republicans dropped some documents for the public to see and one of those was Lisa Page’s testimony.

This looks to have surprised Democrats as they’ve told a completely different story about these testimonies that had been held private by the government.

Lisa Page told then Rep. John Ratcliffe that the FBI discussed gross negligence many times as it pertained to the Clinton email investigation. But the DOJ was against charging Clinton with it because the term was “constitutionally vague”.

Sounds like fuzzy math. However, What she and James Baker then followed up with piqued the interest of Republican lawmakers.

Page revealed, in her testimony, that the FBI had discussions about charging Hillary Clinton .

Former FBI lawyer Lisa Page admitted under questioning from Texas Republican Rep. John Ratcliffe last summer that "the FBI was ordered by the Obama DOJ not to consider charging Hillary Clinton for gross negligence in the handling of classified information,"

Former FBI Counsel, James Baker, testified about their discussions of charging Hillary under the Espionage Act:

In testimony he stated that he originally believed Hillary Clinton’s mishandling of highly classified information was “alarming” and “appalling,”  as first reported at SaraACarter.com. He also believed her use of a private server to send the classified emails was sufficient enough to secure an indictment to possibly charge her for violations under the Espionage Act, for mishandling sensitive government documents.

These are very serious charges and even the FBI Counsel thought the charges could be brought against Mrs. Clinton.

Baker also mentions that he changed his mind right before the press conference where Comey decided that 'no reasonable prosecutor would bring charges'. He mentioned that it would be tough to prove intent. But it wasn't needed and this wasn't some low level information mistakenly passed on, Baker testified.

"the nature and scope of the classified information that, to me, initially, when I looked at it, I thought these folks should know that this stuff is classified, that it was alarming what they were talking about, especially some of the most highly classified stuff.”

President Trump weighed in on the Page testimony saying " The just revealed FBI Agent Lisa Page transcripts make the Obama Justice Department look exactly like it was, a broken and corrupt machine. Hopefully, justice will finally be served. Much more to come!"

There are a lot of folks waiting on justice to be served. The perception and reality that there is a two-tiered justice system doesn't bode well for a country that depends on freedom and leans on the Constitution.

Fore more on this story, check out Sara Carter's article.