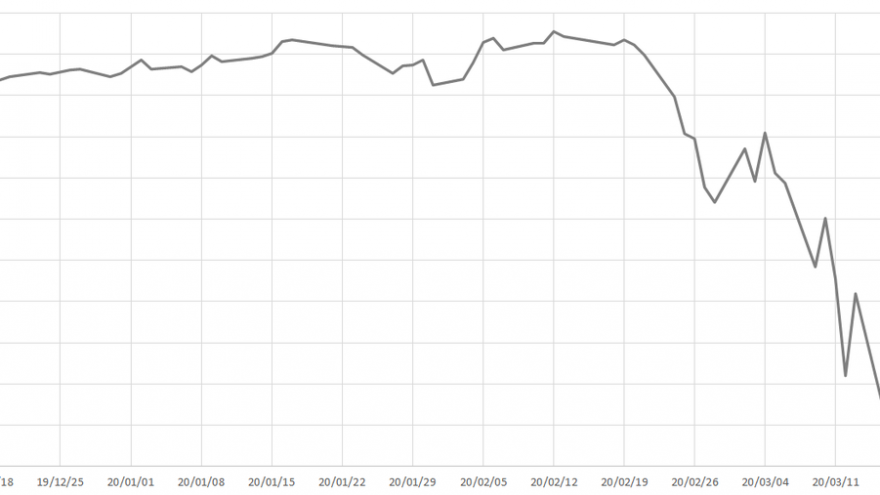 
Wouldn’t it be nice to have inside information about what’s coming down the pipe for certain industries and companies before it happens? Imagine knowing Enron was about to collapse weeks before it happened. What benefits could you have from that knowledge?

Let’s see. You could sell the stock and protect yourself from the coming crash. You could short the stock and profit most of the way down (although there are risks of a complete crash). The advantage is that you can act before anyone else can, meaning you probably won’t have to worry about finding a buyer of a good performing stock because everyone else thinks things are going great.

I know this issue well because my grandpa worked for Enron and lost more than half of his retirement in that crash. It was devastating to a retiree that had saved his whole life to provide a legacy for his family.

So I think it’s fair to say that, while it would be nice to have that information, the rest of us citizens don’t usually get that ahead of time. What’s more is that if we engage in this practice, known as insider trading, we’ll likely go to prison.

Not historically true for some members of congress.

The U.S. Senate lists financial disclosers from Senate members and what's on it has created a firestorm of backlash from citizens across the country.

The data shows that at least 4 U.S. Senators had sold off massive amounts of stock just prior to this market crash. This comes at a time where some of those senators had seemed to downplay the seriousness of the Coronavirus outbreak, in public, and took self-protective measures in their personal investments.

Richard Burr, chairman of the Senate Intelligence Committee, unloaded somewhere between $628,000 and $1.7 million worth of stock just before the devastating market crash, according to Pro Publica.

“Senator Burr filed a financial disclosure form for personal transactions made several weeks before the U.S. and financial markets showed signs of volatility due to the growing coronavirus outbreak,” a Burr spokesperson said.

That's kind of the point, right? The advantage is to get out BEFORE the crash. Burr has been accused of downplaying the severity of the outbreak, early on, in public and telling a much different story in private meetings with business leaders.

Tucker Carlson called on Burr to explain himself on Thursday night:

“Otherwise, he must resign from the Senate and face prosecution for insider trading,” he told his audience. “There is no greater moral crime than betraying your country in a time of crisis.”

Diane Feinstein, a Democrat from CA and who serves as ranking member of the Senate Judiciary Committee, was also listed as selling off between $1.5 million and $6 million in stock in a single company a few weeks before the crash.

Senator Kelly Loeffler, R-GA, and her husband sold off somewhere between $1.2 million and $3.1 million worth of stock between January 24 and February 14, according to The Daily Beast. Interestingly, Jan. 24 was the same day she was in a briefing with the Coronavirus Task Force.

James Inhofe, a senator from Oklahoma, also sold off around $400k worth of stock on January 27.

The senators will likely need to explain themselves on this issue. While it may be tough to prove they used private information to execute the transactions, in a court of law, early reactions from voters on both sides of the aisle are screaming foul. It's certainly not leaving a clean taste in the mouths of the people they represent.

For more on this story check out Fox News.