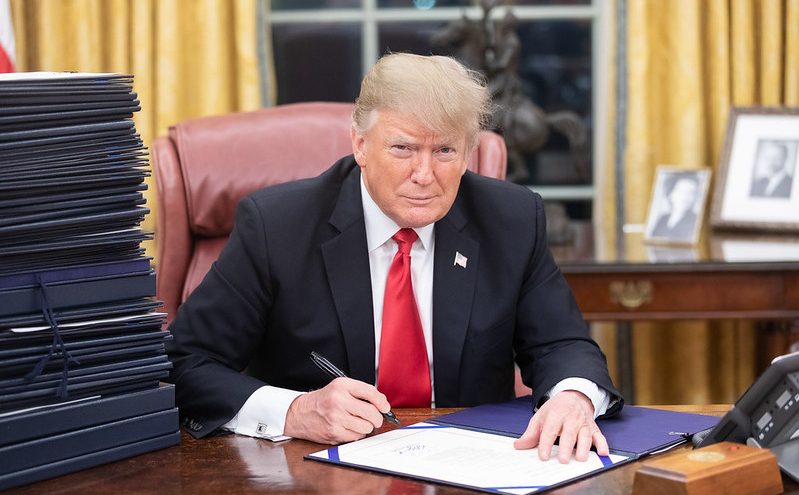 
We are indeed living in strange times. Just a week ago you likely wouldn’t be able to find a single democrat saying anything positive about President Trump. There still aren’t many but some are putting politics aside and stepping up.

Earlier in the month, Gavin Newsom, the Governor of California doused President Trump in praise of his handling of the Coronavirus. Here’s what Gavin said in a press conference about Trump:

“We’re gonna do the right thing, and you have my support — all of our support — logistically and otherwise.” He said everything that I could have hoped for. And we had a very long conversation. And every single thing he said, they followed through on. Every single thing.

A 180 degree turn from his statements over the last 3 years, questioning Trump’s intelligence and qualifications to be President.

Then there's the praise from Andrew Cuomo, Governor of New York:

"He is fully engaged on trying to help... He’s being very creative & very energetic and I thank him for his partnership."...."We’re in the same trench, and I have your back, you have my back

Cuomo also praised Trump for his creative problem solving by sending a hospital ship to NY instead of having to try to build an entire hospital in short order as was being requested.

I know...I know... this was unexpected but we're not done yet.

"Politics aside, this is incredible and the right response in this crucial time"

and also from Omar:

"Ayanna Pressley always says, unprecedented times require unprecedented leadership and we are seeing that in our country right now."

Now for the real kicker, Dana Bash, yes, Dana Bash at CNN, said President Trump is the "kind of leader that people need".

While most of the media and Democrats are still focused on trying to get Trump any way they can it's good to see at least a few of them, even if only once, actually give credit where credit is long overdue.

So, yeah, I think Democrats caught Trump off guard with compliments and praise.

Let's hope we can build on this and set politics aside at least until this is over.