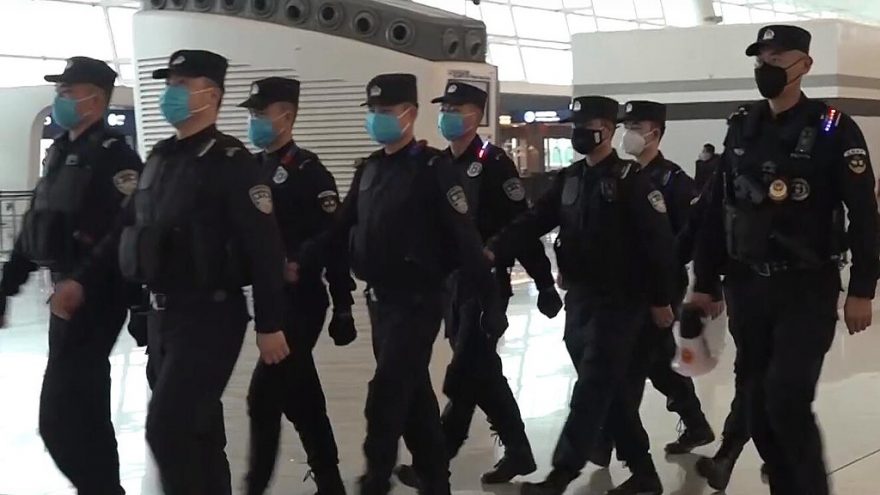 
Amidst the coronavirus outbreak the State Department is warning Americans not to travel by cruise ship. Given the latest news of cruise ship outbreaks and quarantine this would seem like a no-brainer for most but it does need repeating.

There is still a lot that is unknown about this virus such as how it started, what China’s real numbers are, and if they’re making the kind of progress they say they are. Relying on China, where this thing started, doesn’t seem like a wise plan of attack.

President Trump has played a more rational hand in handling the hysteria. He’s consistently pointed out the numbers of where we are at as it relates to past outbreaks. In a tweet on Monday he pointed out that:

So last year 37,000 Americans died form the common Flu. It averages between 27,000 and 70,000 per year. Nothing is shut down, life and the economy go on. At this moment there are 546 confirmed cases of CoronaVirus, with 22 deaths. Think about that!

He’s taken heat from many, in the media, for ‘downplaying’ the situation. However, he is only stating the facts of where we are. Predicting disaster seems to be more in line with what those in the media want to hear. The good news is that we are not anywhere close to the numbers China, Iran, Italy, and South Korea are at.

John Brennan, the former CIA Director in charge during the SpyGate scandal, said this about President Trump's handling of the virus:

I wonder if he’s psychologically capable to put the country’s well-being first and to subordinate his own interests in trying to spin things in a manner that won’t reflect badly on him.”

That's rich coming from a guy who led the agency that spied on Trump's campaign and then presidency. According to many news sources, he's also lied multiple times under oath. Not really a source that demands due credit.

The bad news is that we still don't know exactly what to expect from the virus. It seems that it won't be nearly as bad as first predicted but we are still dealing with it and the numbers will change.

It also seems those on the left (media and politicians) won't be happy until there is a disaster that they can lay on the lap of President Trump.

The ugly is simply laid out for you in this story, shared by Brit Hume on Twitter. Yossi Gestetner published a thread tracking all of the hypocritical coverage, by the media, of Trump's handling of the virus. Beware, this story will likely make you angry.

Politico had called out Trump's early travel restrictions, on Feb 4, 2020, as ones that

and said that widespread bans weren't needed to stop the outbreak.

Recently the media has switched to attacking his response as not doing enough to combat the virus and acting too late. Get the whole list of media attacks here.

We'll keep you updated on this virus and we'll try to stick with just the facts and leave the doomsday predictions to those on the left and in the mainstream media.

One thought on “Coronavirus Update: The Good, The Bad, The Ugly”