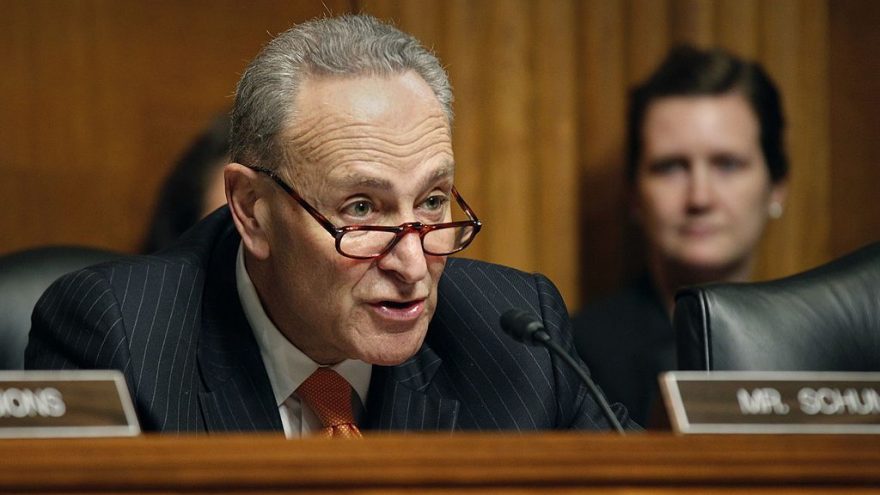 
Chuck Schumer threatened two Supreme Court Justices, on Wednesday, at a pro-abortion rally outside of the Supreme Court. I don’t mean he said there will be more cases or challenges coming their way. He actually threatened them.

Now, Schumer is facing backlash form both sides for his actions. Senator Josh Hawley wasted no time in calling out the longtime Democrat Senator from NY. His office released the following statement:

Even Tom Steyer’s senior adviser said that Schumer may need to resign for this.

“Threatening a sitting Justice regardless of their politics is dangerous,” Williams tweeted. “What Schumer said is gross inappropriate and unacceptable.

President Trump has been criticized at every turn for simply disagreeing with a Supreme Court decision or Circuit Court decision. He has never made threats yet Democrats have called for him to be arrested and impeached over his remarks.

What does this mean for Schumer then? After all, this was a direct threat. Here is the text of his threat:

There's no way to spin this. Schumer has tried by saying he meant there will be political consequences for the Republican Senators who chose him. However, Schumer specifically called Gorush and Kavanaugh out by name in his threat.

Democrats have been inciting violence for years now and it's getting worse, from Maxine Waters to Eric Hlder to Chuck Schumer. It's time they're held accountable. Where is our FBI? Where is Bill Barr and the DOJ? Surely threatening a Supreme Court Justice to change their legal rulings would qualify as a crime. Lord knows if you or I did it we'd be in cuffs. It's time the political elite have to play by the same rules as us peasants. If there are no consequences then there may as well be no law.

For more on this story go to Daily Wire.

49 thoughts on “Schumer Threat Must Have Consequences”