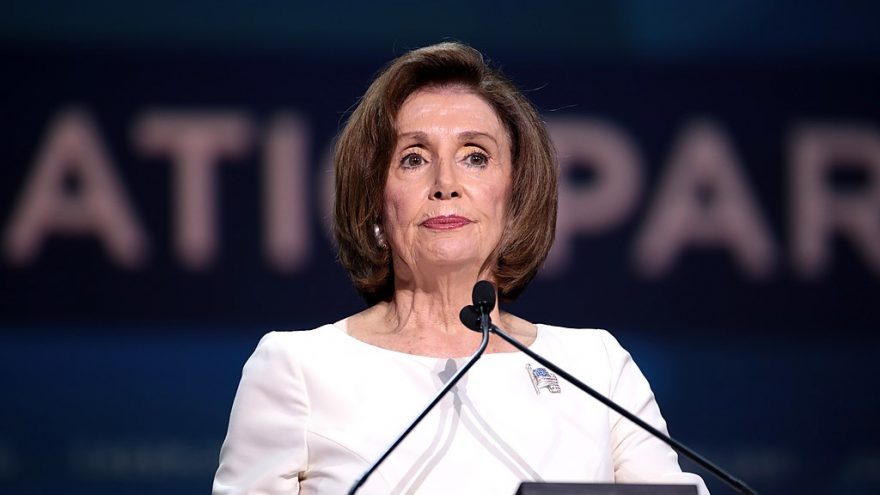 
Nancy Pelosi has been in office since Rome fell so she’s seen it all; dirty tricks and ‘veteran’ moves in politics is what many would call her modus operandi. She pushed the Russian collusion hoax for years, along with the Democrat activists in the media, was actively tarnishing Kavanaugh with false smears and accusations, and politicized the hurricane aftermath in Puerto Rico.

Those are just to name a few. One of her most recent stunts involved accusations of bribery in Ukraine. That, however, backfired onto the Democrats.

It should come as no shock that Pelosi used the Coronavirus as a political weapon. It’s what these crooked politicians do. Remember Obama’s good friend, Rahm Emanuel, said “You never let a serious crisis go to waste”?

Nancy Pelosi quickly used the Coronavirus as a political football to spike at President Trump. In early January Trump decided it was best to stop travel from the virus-stricken country of China. Pelosi and her lemmings quickly called Trump racist for doing so and said he was overreacting. Now the've taken the opposite side and said he hasn't been doing enough.

She says it's time to stop playing politics and save lives.

During her weekly press conference last Thursday, she said, “Lives are at stake. This is not a time for name-calling or playing politics.”

However, it seems that is exactly what she's doing. Knowing that we had discovered multiple cases of the virus in the US, she held back a House bill that would provide funding to fight the virus!

Why? Super Tuesday. She wanted to make sure they could use this crisis for maximum political gain. Democrats and the DCCC was running ads for Super Tuesday, criticizing POTUS's handling of the virus and saying we need to do more. All the while she was holding back the bill to do just that.

These people are sick. It seems they are also trying to stuff more pork and junk into the coronavirus bill. There are two reasons they'd want to do that. 1.) they can get more money in their slush funds since their honeypot of taxpayer money is drying up and, 2.) they can get Republicans to vote 'No' on a bill that provides funds to fight the virus.

They're literally playing politics with people's lives. If the Coronavirus is as bad as the media and Democrats have been saying then how could they possibly withhold funding for such a trivial pursuit? They'd either have to be terrible people or bald-faced lying. Your choice.

Fore more on this story check out Red State.