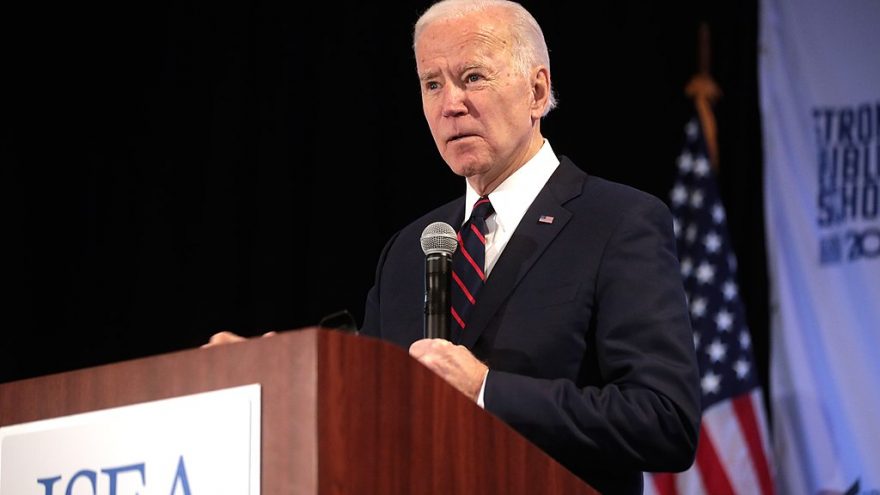 
“I, Batman, do solemnly swea…wait, who’s this?” – I’m waiting for this one on a national stage at this point. If this were a boxing match somebody would be going to jail. Joe Biden has lost his mind. This must be bordering on elder abuse.

Every single day provides something new. He usually thinks he’s in a completely different state (geographically) and many times now he cannot remember what office he’s running for. He, apparently, was running for senate last week and then introduced a senate candidate as the next President of the United States.

It’s Super Tuesday as I write this and he’s already forgotten what the Declaration of Independence is. Eddie Zipperer shared this one on Twitter..

"We hold the truths to be self-evident: all men and women created by - go - you know the thing.." The thing is the Declaration of Independence.

Biden then went to to talk about Super Thursday. What?

Remember when Democrats were saying the President Trump was too old to be President. Well, he's now the youngest man running and, mentally, it's not even close.

Elizabeth Warren doesn't know what tribe she belongs to, Joe Biden doesn't know where he is, who he is, or what he's doing on stage half the time, and Bernie doesn't know anything except that he hates America and all its evil freedom loving people.

Buckle up, folks, it's gonna get even more bumpy. It's 2020 and November is still 8 months away.

Fore more on this story and more Biden gaffes go to The Federalist.