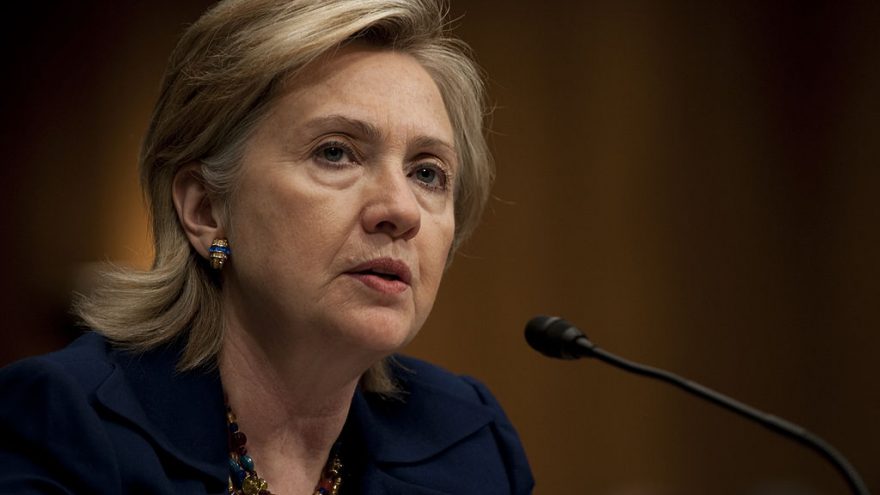 
A day that many didn’t think would come has now come and it has many folks yearning for justice. A federal judge has now granted a request from Judicial Watch to have Hillary Clinton sit for a deposition with regards to her private email server.

You may remember this debacle back in 2016 where James Comey held a press conference and laid out all of the ways in which Hillary broke the law with her use of a private email server and using it to send classified information. You may remember how, after he laid out all the ways in which she violated regulations, he then said they wouldn’t be pressing charges and that no responsible prosecutor would charge her.

Hillary has argued that she already gave her answers and it should be over and done with. Judge Royce Lamberth had a difference of opinion and was not satisfied with previous questioning and answers.

"As extensive as the existing record is, it does not sufficiently explain Secretary Clinton’s state of mind when she decided it would be an acceptable practice to set up and use a private server to conduct State Department business," Lamberth said.

If you recall, there wasn't much Hillary had to do in her defense of these actions. She was allowed to respond with written answers. Those answers left many wanting much, much more but nothing else ever happened. It truly seemed as if Hillary, and her ilk, were above the law. The judge added:

"those responses were either incomplete, unhelpful, or cursory at best. Simply put her responses left many more questions than answers.”

What's more is that it seems the FBI never actually even got access to her server. Instead, they had a company called Crowdstrike, that Hillary and the DNC had paid, give their opinion that it was hacked. Hence the Russian hacking story was born and given merit.

Judicial Watch has consistently been finding more and more emails that were not provided in the earlier investigation, through FOIA requests. They have been at the forefront of this fight since the beginning. They'll now get to ask real questions about why Hillary and Co. used a private server to communicate. What were they hiding?

Along with Hillary, Lamberth also granted requests to depose Cheryl Mills, former Clinton Chief of Staff, and Paul Combetta (IT guy involved in deleting all of those private server emails). Let's hope we get some real answers out of this one. I know some of the folks at Judicial Watch and they're not playing around with softball questions.