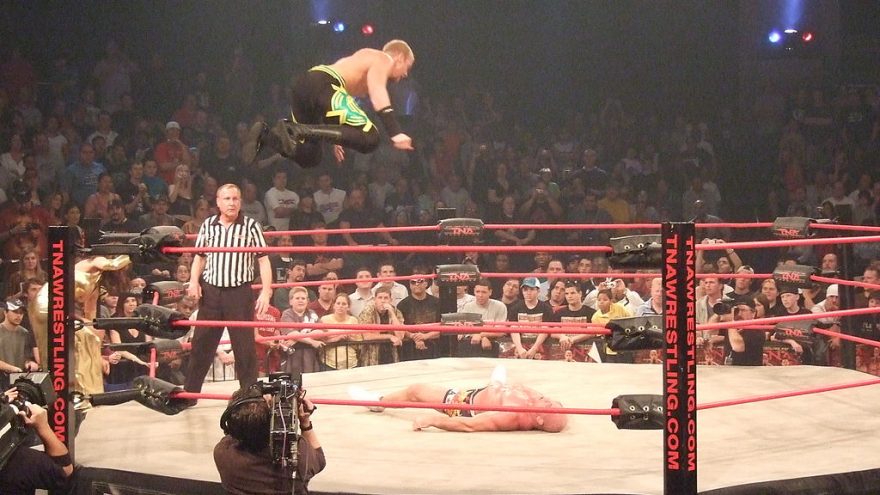 
Wednesday night in Las Vegas, Mayor Mike Bloomberg learned what it is like to be thrown up against a wall and frisked.

At the opening of the Democratic debate, his first, Mayor Mike was greeted by his nearest neighbor on stage, Sen. Elizabeth Warren, with this warm welcome:
“We’re running against … a billionaire who calls women ‘fat broads’ and ‘horse-faced lesbians.’ And, no, I’m not talking about Donald Trump. I’m talking about Mayor Bloomberg.”

Bloomberg was not only charged with misogyny and sexism but racism for his stop-and-frisk policy, which the NYPD pursued during his three terms as mayor. By Bloomberg’s own admission, stop and frisk singled out black men between 16 and 25.

Gun homicides in New York fell to levels below those attained by his predecessor, Rudy Giuliani. And if those most often frisked were black and Hispanic men, the lives saved and the woundings prevented were also mostly those of people of color.

Yet, a question that remains after this debate was one that was puzzling even before the debate.

Why did he do it? Why did Bloomberg, who is not on the Nevada or South Carolina ballot, decide to join the debates before these contests?

Today, the mayor's campaign is probably buying tens of millions of dollars in ads to undo the damage done to him under the remorseless fire on his character, campaign and record from his rivals Wednesday night.

These attacks were predictable and predicted. Why did he submit to this? Who counseled Bloomberg to climb into the ring?

By investing $350 million in ads in primary states since November and crafting scheduled appearances while avoiding adversarial talk shows and candidate debates, Bloomberg had propelled himself from nowhere into the top tier of candidates in every state on Super Tuesday.

Why did he abandon a winning strategy to walk out, unprepared, onto a stage full of enraged and exasperated rivals who think he is buying and stealing a nomination for which they have fought for a year?

Why did he volunteer to enter a forum where he had to know his rivals would become a flash mob before he answered his first question? This was campaign malpractice of historic dimensions.

It is going to take hundreds of millions of dollars in new ads to undo the damage done to Bloomberg's reputation among the millions of voters who got their first impression of the mayor from the debate.

Where does the race stand before Saturday's caucuses in Nevada?
Sen. Bernie Sanders, his energy restored after his heart attack a few months back, his lines honed by a year's repetition, was at the top of his game Wednesday night, fending off attacks and fighting back with a passion and ferocity that Bloomberg never exhibited.

With his popular vote victories in Iowa and New Hampshire, five national polls showing him taking the lead from Joe Biden, and contributions pouring in from his huge army of small donors, Sanders is the favorite to win in Nevada and man to stop.

But after Super Tuesday, March 3, he may be unstoppable.

A new Washington Post poll Wednesday shows Sanders with a huge lead among young voters and in a statistical tie with Joe Biden among African Americans. And he is flush with cash.

March 4 could see Sanders with an almost insurmountable lead that could have him enter the Milwaukee convention with a majority of delegates or a plurality so huge as to make it politically impossible for his adversaries to gang up on him and take the nomination away.

For who would be the beneficiary of such a robbery on the convention floor? The same Bloomberg his rivals described Wednesday night as a misogynist, sexist and racist.

Bloomberg's campaign is sounding the alarm that Sanders could soon amass an insurmountable delegate lead if the Democratic field stays split, and is urging the other candidates to drop out.

Mayor Pete Buttigieg, Sen. Amy Klobuchar and Vice President Biden are being told that if they do not get out of the race and clear the lane for the mayor, they will get a socialist as their nominee, and the party will deserve the fate November will bring -- a second term for Trump.

"If Biden, Buttigieg, and Klobuchar remain in the race despite having no path to appreciably collecting delegates on Super Tuesday (and beyond), they will propel Sanders to a seemingly insurmountable delegate lead by siphoning votes away from (Bloomberg)."

As the other candidates cannot beat Sanders, Bloomberg's campaign is saying, they should step aside and clear the field for Mayor Mike. This would call for a spirit of self-sacrifice and measure of esteem for the mayor not evident on that stage Wednesday night.

11 thoughts on “Was the Debate Beat Down Fatal for Mayor Mike?”