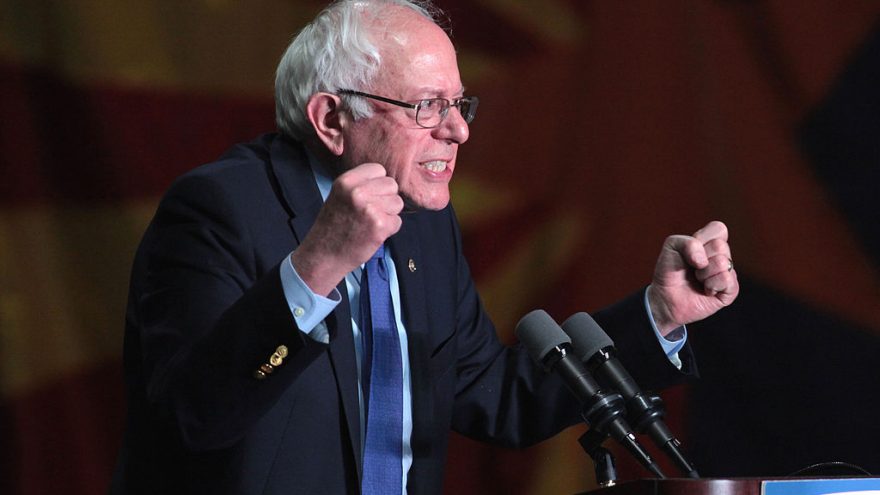 
Peter Schweizer has been an investigator that would make the FBI blush in terms of his effectiveness and depth. He’s uncovered corruption at the highest levels long before any official government office or agency did (at least publicly). Early on, he exposed the Clinton corruption through their CGI (Clinton Global Initiative) and the Clinton Foundation.

He didn’t stop with the Clintons though and it hasn’t always just been Democrats. In his new book, “Profiles in Corruption: Abuse of Power by America’s Progressive Elite” he begins to explain just how Bernie has become a millionaire with the help of you, the taxpayers. Hang on. The man described as being a ‘real’ has been doing exactly what he and the left has accused President Trump of doing, repeatedly? Shweizer explains:

Sen. Bernie Sanders (I-VT) has repeatedly used his political position to steer money — both contributions to his campaigns and government funding — to his family members

Most campaigns use campaign funds to buy media. However, most campaigns don’t use a consulting company started by the candidate’s spouse after they’ve been elected to office.

[In] 2000, Bernie was in Washington D.C, serving in Congress. Jane and her children a new LLC called Sanders and Driscoll. The new firm was a for-profit consulting company, and was run by Jane, daughter Carina, and son David.

The 'home based business' was structured so that nobody could know exactly how much money the family got paid. Some folks claim it was around $150k. That's not a bad salary for just being a family member but it doesn't stop there. This is nothing compared to what they did next.

This is when Jane Sanders, Bernie's wife, got into the media buying business.

Then, during his 2016 presidential run, the Sanders campaign would funnel $82 million dollars through a mysterious media buying company run by Jane’s former colleagues. That company, known as Olde Towne Media, was located in private home in a cul de sac in Virginia.

$82 million dollars?! Even the Clintons would be proud of that amount of self collected charity. But, remember, Bernie's not a charity guy...

“The biggest charity in Bernie’s life is Bernie,” said Schweizer in January.

Then there's the story of Jane and Burlington College. Board members have claimed that Jane was only employed there because of her marriage to Bernie. Add in another connection with their daughter Carina, a half a million dollars, and you're starting to see where this is going.

What would they say if this was the Trump family? Would this be ignored on almost all major msm outlets? I'm kidding of course. We all know they'd likely be in jail by now for doing something this brazen.

But, hey, here's what we can all look forward to if we choose a socialist in November. Their family can get rich. Yours can pay for it and you can celebrate their success from the bread line. Bernie ain't lying. He's showing you exactly what he stands for - his wealth from your money.

For more on this story, check out: Breitbart.com

29 thoughts on “Bombshell Report: How Bernie Uses Office for Own Riches”