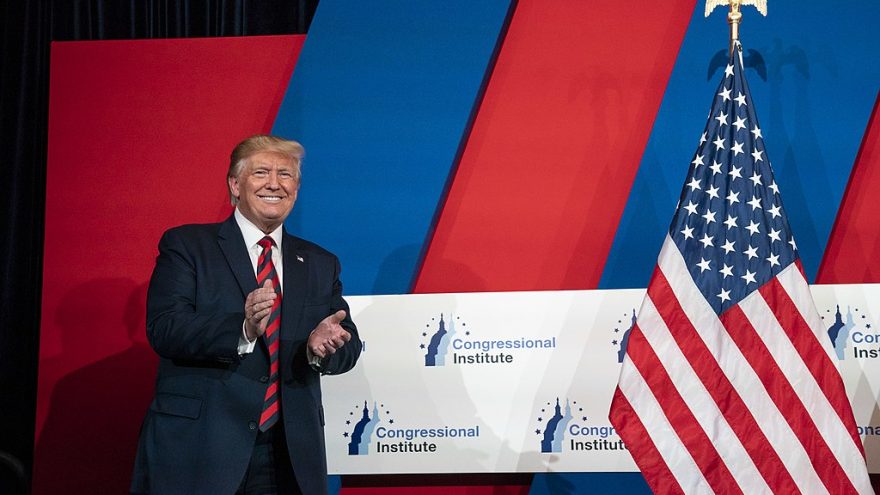 
President Trump doubled Obama’s 2012 numbers in New Hampshire. That’s right, New Hampshire! The old socialist, as many are calling Bernie, got more votes from the under 30 crowd than all other Democrats combined! Bernie is picking up steam as the clear frontrunner in the Democrat 2020 race for POTUS.

President Trump has hinted that the Democrats aren’t likely done with impeachment. Rumors have been swirling around DC that they already have other impeachment articles drafted. So, are the Democrats setting another trap for Trump? Of course they are.

Should that worry the American people? Yeah. Sure, it should. After all, this is still a coup attempt by the Democrats in Congress and bureaucratic positions across the government. Some of them formidable but not formidable enough at this point.

That’s not the trap I’m talking about.

What has me scratching my head is that President Trump has spent a lot more time targeting Joe Biden, Elizabeth Warren, and Mike Bloomberg (as of late). With the beginning stages of Biden corruption being laid out in the open it's clear why he wanted to target Joe. But why so early? Why not wait until the general election to go after him? He's clearly not all there and wouldn't likely be a worthy challenger in the general.

Bloomberg has a ton of money and that, as we all know by now, can go a long way in politics. He could be a worthy challenger in November with the ability to spend like no other candidate has ever spent before. He could spend $10 million a day and still be worth $58 Billion after November! His net worth, in Jan 2020, was $61.8 Billion! But can he buy his entire electorate? Perhaps, but I don't think so.

So, why does Trump sort of 'boost' Sanders by giving him credibility and calling out how the Democrats are trying to rig another election against him? If he's the clear front runner and has a large grassroots base with him why wouldn't you want to get him out of there as fast as possible? It's almost like President Trump wants to run against him.

From spying on the Trump campaign, impeachment, Avenatti, Kavanaugh hoax, to the Ukraine call virtually everything the corrupt bureaucrats have tried has backfired in spectacular fashion thus far. So, my question is this: Why does Trump give Bernie credibility and why does it seem like he wants to run against Bernie when everyone is saying Bernie would be, by far, the toughest opponent?

I'm intrigued. What do you think? Tell us in the replies section.

12 thoughts on “Is Another Trap Being Set?”