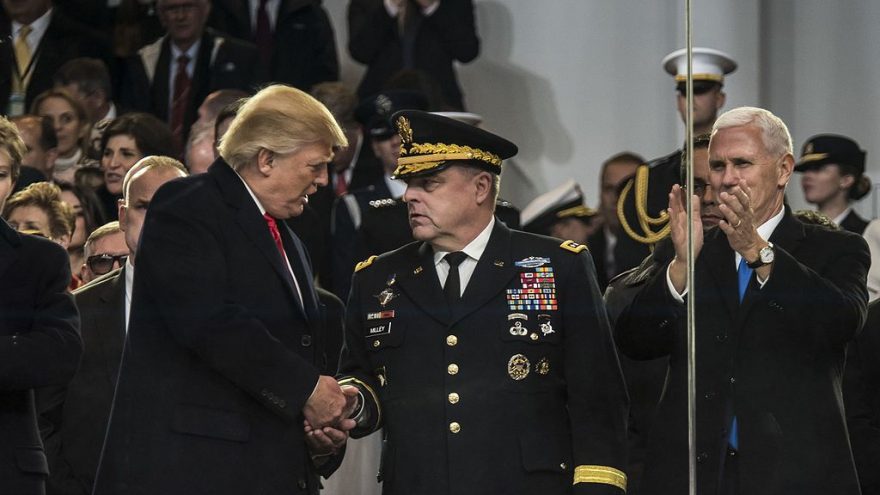 However, there is no doubt that when President Trump says he loves our service men and women – he means it. He’s shown that time and time again, and did so on Monday when he cut his huge New Hampshire rally short. Why? Why would he cut it short when New Hampshire is a state he is trying hard to win in 2020?

He left to go to Dover Air Force base to pay his respects and receive the remains of two soldiers killed in Afghanistan. He wanted to visit with the families of the fallen soldiers as he has so often done since winning the presidency in 2016.

“These are terrible sacrifices for the families. And these guys are heroes, they’re real warriors and did a great job for the American people,” O’Brien said. “These are tough times. It’s tough for the president but he thinks it’s important to be there for the families and recognize them.”

The two soldiers have been identified as Sgt. Javier Jaguar Gutierrez, of Jacksonville, NC and Sgt. Antonio Rey Rodriguez of Las Cruces, NM. Both men had served multiple tours and were awarded the Bronze Star Medal and Purple Heart.

This may be the sort of thing that a President does once in a while, although I can't recall our previous president doing this. However, President Trump has made it a mission of his to let the service men and women of America know that he has their backs. From Police Officers to Firefighters, Nurses and Doctors, and to our Military folks, he has consistently went out of his way to greet, thank, and pay respects to all who serve our great country.

His genuine love and respect for those men and women has become a staple of his presidency. There are many reasons why so many people show up to his rallies and support this President but this is a big one. He connects with and cares for the people working to serve and protect the United States. He doesn't just pay lip service. He takes action. He's bringing a sense of pride back to the people who President Obama seemed to target and fault for his own failed leadership.

In a time where Democrats, and even some establishment Republicans, have consistently taken the side of Iran, China, ISIS, North Korea, and illegal immigrants - President Trump is sticking with the people who want nothing more than opportunity and the freedom to choose their way forward. This is why people love Donald J. Trump.

12 thoughts on “This Is Why People Love Donald Trump”