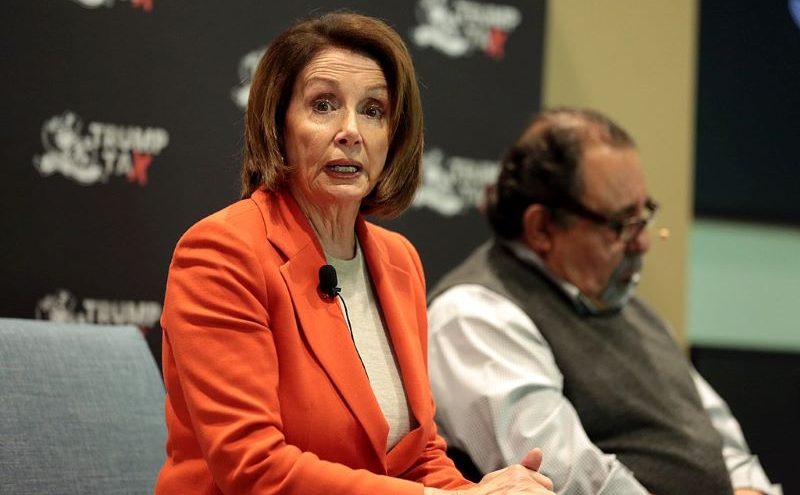 The House met on Thursday to pass an “Illegal Aliens First” bill and that’s exactly what they did. From Fox News:

House lawmakers on Thursday passed a bill that would allow illegal immigrants to be eligible for damages from their employer if their labor rights are judged to have been violated — while rejecting a measure that would prevent unions from recruiting those in the country illegally.

Not surprisingly, the Democrats are selling this as a “let’s help the average Joe instead of just the wealthy” but, like most of what they’ve done over the past 10 years, they leaving the average Joe behind to help illegal immigrants get jobs and preferential working rights.

The bill is called the “Protecting the Right to Organize Act (PRO Act)”. Another stinging feature of this bill is that it abolishes the state Right-To-Work Laws.

“Where workers have previously had the freedom to choose whether or not to pay fees & join a union, they will now be forced to pay membership fees or lose their job,” Rep. Kevin Hern,  R-Okla., said, opposing the bill. “This will put immeasurable power in the hands of union bosses.”

It reads more like a catch-22 for employers. Experts say they won’t be allowed to fire employees once they find out they’re illegal. Sound crazy yet?

“In addition to owing back pay and other damages from so-called unfair labor practices, the PRO Act subjects employers to civil penalties of up to $100,000,” the Federation for American Immigration Reform (FAIR) said in a statement opposing the bill. “Under this bill, if an employer makes the admirable decision of firing an illegal worker to hire an American instead, they could face an unfair labor practice charge alleging that the illegal alien was fired for union status rather than being here illegally. This is not right.”

Imagine if the Democrats worked this hard for American citizens. Imagine where we could be if we had that kind of representation in Congress!

The bill won't likely pass with any Republican Senators (well, maybe Mitt will be the exception) but this should serve as a warning to all patriots as to what will happen if Dems were to take back the Senate and the White House come November.

What country is Congress working for?

For more on this story check out: https://www.foxnews.com/politics/house-passes-labor-bill-that-allows-illegal-immigrants

20 thoughts on “What Country is Congress Working For?”