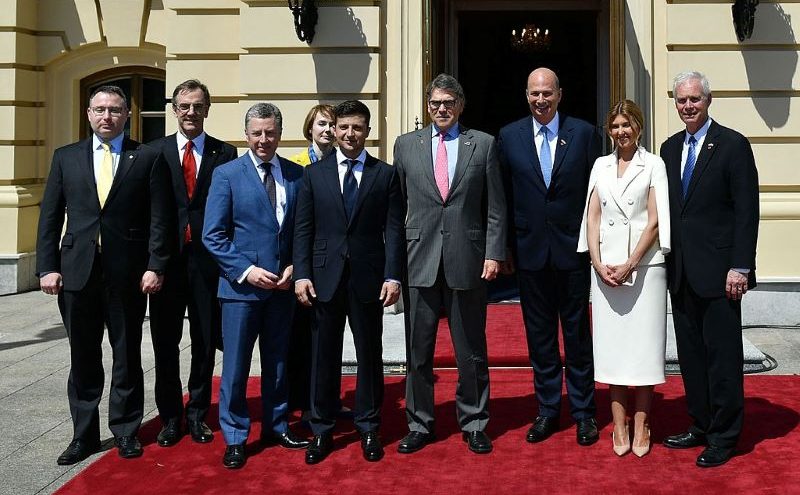 
Lt. Colonel Alexander Vindman, the NSC’s top Ukraine expert is, as President Trump tweeted, “OUT”! You may remember him as the guy who reported Trump’s call with Ukraine as being inappropriate, to his friend, to get this whole impeachment process started. Breitbart reports:

“Alexander Vindman broke the chain of command and leaked the contents of the President’s July 25th phone call to his pal, the ‘whistleblower.’

Vindman didn’t have a sterling reputation, according to some of his superiors. His previous superiors had characterized his as having questionable judgment, having trouble adhering to the chain of command, and leaking. Sound familiar?

What Vindman, and others, didn’t count on was that Trump would release the transcripts of this very call to the public. This move fatally damaged the democrat narrative that Trump bribed and pressured Ukraine to investigate corruption that Biden and his son, Hunter, were allegedly involved in.

According to Breitbart, Vindman was escorted out of the White House. His twin brother, Yevgeny, who was a lawyer at the NSC, was also fired and escorted out at the same time.

Don Jr. gave his thoughts on the matter, suggesting it was “a tough scene for Never Trumpers on the NSC”.

Gordon Sondland, EU Ambassador and another one of the democrats’ key witnesses, was also relieved of duty shortly after the Vindman twins were let go.  As OAN reports:

Sondland had claimed there was a quid pro quo between President Trump and Ukrainian President Zelensky. He suggested the president sought to exchange “military aid for an investigation into former Vice President Joe Biden.”

Republicans in the House also got Sondland to admit, under oath, that there wasn't a single person who provided him any direct evidence at all of a quid pro quo involved in Trump's call with Ukraine. He suspected there was but when asked for any evidence at all of this he couldn't provide any. This was likely the final nail in the coffin for the dem's impeachment hoax.

For the Trump team, this is just another promise made that was kept. He was elected, by many, to drain the swamp. That seems to be exactly what he is doing.

One thought on “POTUS Deals Another Huge Blow to the Swamp!”