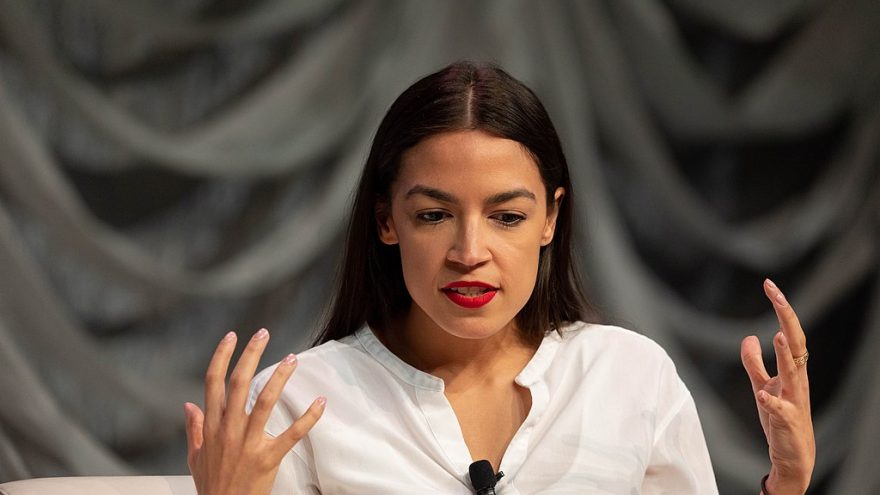 
On Monday, Rep. Alexandria Ocasio-Cortez, D-N.Y., sat for a discussion with author Ta-Nehisi Coates. She dropped a number of shocking statements — statements that elicited nothing but murmurs of agreement from Coates. AOC claimed: “No one ever makes a billion dollars. You take a billion dollars.” How, pray tell, are American billionaires responsible for such massive theft? According to AOC, the very mechanisms of capitalism mandate such theft. In her view, successful businesspeople simply exploit their workers while maximizing their profits. Hypothetically speaking about billionaires making widgets, she said: “You didn’t make those widgets! You sat on a couch while thousands of people were paid modern-day slave wages and, in some cases, real modern-day slavery … You made that money off the backs of undocumented people.”

This, of course, is nonsense. Voluntary exchange of labor for wages is, as stated, voluntary, and the fact that there are many people willing and able to labor in the manufacture of widgets is presumably responsible for lower wages. Companies that refuse to pay their workers market wages will soon watch those workers migrate to other businesses or other industries. It is a patent violation of free market principles to utilize force in order to compel someone to work for you; blaming the free market for coercion is like blaming free speech for censorship. Exploitation in labor markets is typically accompanied by government subsidies, regulation and interventionism.

So, how does AOC magically turn economic freedom into economic tyranny? By suggesting that true  freedom lies in collective control of the means of production: “If you’re a billionaire, that means that you control a massive system. … It means that you have a massive labor force under your control, and to be ethical if you’re a billionaire today, the thing that you need to do is give up control and power.” But to whom would such power and control be given? AOC suggests that major companies be turned into worker cooperatives — companies whose workers own and control the business.

But, of course, that doesn't solve her problem: If workers own and control the business, they are properly classified as capitalists. They will have to make decisions to make the business competitive, which means keeping wages competitive, for example. This is precisely what has happened with one of the world's biggest worker collectives, the Spanish Mondragon Cooperative Corporation, whose worker-owners have "learned to think like the shareholders of any other global business," according to The Guardian. In fact, most companies begin with a few workers who pool their capital and labor: Facebook, for example, handed out stock options to employees, resulting in a $23 billion valuation for their initial employees when the company went public. Does that make those workers evil capitalists?

In the end, what AOC truly  wants is government control. Worker collectives won't do the trick. Only top-down government redefinition of the value of labor will. When AOC claims that capitalists merely leech off the true  value of labor, she suggests that labor can be measured without reference to the market. How would AOC measure the value of such labor? Presumably through appeals to "fairness." There is only one problem with this method: It simply doesn't work.

Consumers determine the value of products; producers do not. The diffuse informational system of the free market, which rewards the power of entrepreneurship, rather than punishing it, creates prosperity; top-down control creates poverty. In fact, the greatest guarantee of the sort of poverty AOC decries is the destruction of the same system she decries.

But according to AOC, we have nothing to fear from government, and "the government is us." The fact that Coates, one of the most prominent writers on the evils of Jim Crow, nodded along should demonstrate that those on the left do not understand the consequences of their own philosophy. The government is not "us," because we  are not a collective. We are individuals with rights. But in AOC's world, we have no rights -- we have only our role as members of a collective controlled by those who agree with her. And that is exploitation and tyranny.

25 thoughts on “The Alexandria Ocasio-Cortez School of Economics”