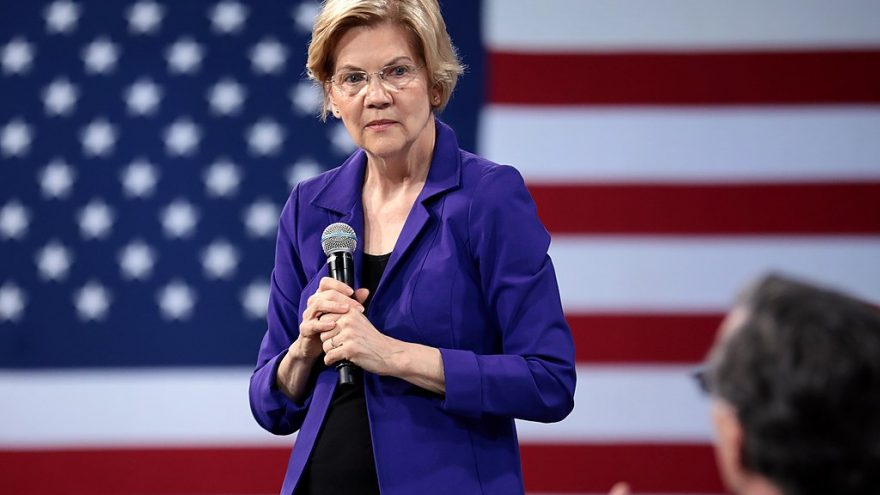 
For any problem you can think of, Elizabeth Warren has a plan — usually an expensive one. She promises universal child care, universal pre-K, the elimination of student loan debt, rural broadband, “Medicare for All” and more. She’s of the “go big or go home” school.

There was a time when Democrats like Bill Clinton recognized that Washington can’t do everything. Not Warren. “I am so tired of hearing what the richest country on the face of the earth just can’t afford to do,” she says. And: “I don’t understand why anybody goes to all the trouble of running to be the president of the United States to talk about what we really can’t do.”

The promise of vast new benefits for ordinary people has an undeniable allure. But where would the money come from? “Medicare for All” by itself carries a price tag of $30 trillion over a decade. The other stuff doesn’t come cheap.

For those who worry about affordability, she has a wondrously simple answer: a tax on wealth. “We can ask those at the very top, the top 1%, to pay a little more,” she said in Tuesday’s Democratic debate, through a “two-cent wealth tax.” Who could oppose asking the superrich to kick in two cents apiece?

Of course, what she proposes is a 2% tax every year on all assets above $50 million -- which would amount to a minimum of $1 million per year for each of these taxpayers. For billionaires, that 2% would rise to 6%. She has no sympathy for any who object. Her campaign offers coffee mugs labeled "Billionaire Tears."

None of this is to take Bernie Sanders' side in the battle between these two. Sanders has his own wealth tax, which is even more punitive than Warren's. "There should be no billionaires," he thunders.

No, Sanders is not planning to liquidate them as Stalin did the kulaks. He's just going to tax them without mercy. Over 15 years, he says, his program would take away fully half of their assets. You know how you would acquire a small fortune under a Sanders administration? Start with a large fortune.

You don't need to be the sort of person whose weeping could fill a mug to have strong doubts about a wealth tax. It has scant support among economists on either the right or the left.

John Cochrane of the Hoover Institution and Stanford University writes that "if the question is how do we raise revenue with minimal economic distortion, the wealth tax is an awful idea." Harvard's Lawrence Summers, who was Clinton's Treasury secretary, concludes that it would "undermine business confidence, reduce investment, degrade economic efficiency and punish success in ways unlikely to be good for the country."

A wealth tax would stimulate the targets to invest in methods to escape paying -- using trusts to divide assets among family members, giving to tax-deductible causes, shifting assets abroad where they can more easily be concealed and even emigrating.

The simplest and most enjoyable avoidance strategy, though, would be to squander huge sums on the high life. A million dollars invested in the stock market would be taxed. A million dollars spent on extravagant meals, the very best wines, Super Bowl box seats, tropical vacations and gala parties with marquee entertainers wouldn't be.

There is also the knotty problem of how the IRS can determine the value of many assets, from paintings to law firm partnerships to ownership shares in privately held companies.

A survey of economists by the University of Chicago's Booth School of Business found that 73% think "Warren's proposed wealth tax would be much more difficult to enforce than existing federal taxes because of difficulties of valuation and the ways by which the wealthy can under-report their true wealth."

The challenges of administering annual wealth taxes help explain why of the 12 European countries that had them in 1990, only three still do. Cato Institute analyst Chris Edwards explains why: "They raised little revenue, created high administrative costs and induced an outflow of wealthy individuals and their money."

All this suggests that the enormous sums of tax revenue Warren expects will not be coming. She envisions a shimmering tower of new social programs. But it would be built on sand.

4 thoughts on “Warren and Sanders and the Wealth Tax Folly”