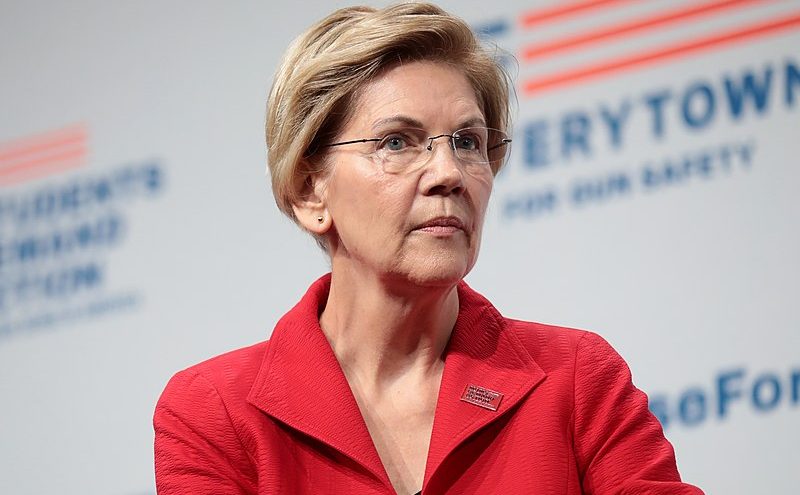 This has been an awful week for the purported new 2020 Democratic presidential front-runner, Sen. Elizabeth Warren, D-Mass. For months, Warren has received nearly unmitigated praise from the media for her bevy of “plans.” She’s been praised as “wonkish” and “brainy” and “focused.” Her growth in the polls has been the dual result of a strong organizational effort by her campaign in early primary states like Iowa and New Hampshire, and endless gobs of drool from reporters.

But now the bloom is coming off the rose.

For months, Warren has simply lied about whether she would raise middle-class taxes to pay for her Bernie Sanders-lite proposal to replace America’s health care insurance system with “Medicare for All.” To support that lie, on Friday, she released another one of her now-famous plans. It is a compendium of tissue-thin falsehoods, a plan about as plausible as Rep. Alexandria Ocasio-Cortez’s Green New Deal. According to Warren’s plan, she’ll somehow manage to institute a wildly generous Medicare For All policy — including coverage for illegal immigrants — at a one-third discount off virtually all major estimates. She’ll radically reduce reimbursement rates for doctors and hospitals — and yet, care levels won’t suffer. She’ll cram down drugmakers’ prescription drug prices — but innovation won’t suffer. She’ll jack up taxes on the wealthy — but the wealthy won’t engage in tax avoidance.

But that’s Warren’s tendency: dishonest radicalism. At least Sen. Sanders, I-Vt., can be counted on to tell the unfortunate truth about soaking the middle class. Warren can be counted on to shift her policy proposals to appease specific constituencies and then lie about how she’ll pay for them. She’ll also lie about everything from her own ethnicity (Harvard Law School graduate David French rightly calls Warren an “academic grifter”) to her research on medical bankruptcy (she has claimed that “medical bankruptcies” represent a far higher percentage of all bankruptcies than can be supported by the facts).

All of this underscores her unelectability. As her poll numbers have risen, so, too, has Democrats’ wishcasting that perhaps — just perhaps — her unelectability has been overestimated. Maybe, the argument goes, voters aren’t put off by Warren’s radicalism and tendency toward scolding self-righteousness. Maybe Warren can pull this thing off.

Also last Friday, a poll came from The New York Times and Siena College. It pitted former Vice President Joe Biden, Sanders and Warren against President Trump in the battleground states and showed that among likely voters, Warren trails Trump in every major battleground state. She's down by four points in Michigan, two in Pennsylvania, two in Wisconsin, four in Florida and four in North Carolina. Biden, by comparison, is up in all of those states except North Carolina.

And Warren's numbers are likely to drop. Remember, Trump's numbers aren't particularly malleable. Neither are Biden's, since he has 100% name recognition. Warren, however, isn't widely known by the public. That means Trump — whose chief political skill lies in his willingness to use every iota of dirt against political opponents — will have the opportunity to define Warren. If she's riding weak against Trump now, wait until he dubs her "Lieawatha."

All of which explains why Warren has been faring worse in national polling of late. In early October, Warren actually surpassed Biden in the RealClearPolitics poll average of national numbers. Now she's down nearly double digits again.

So hold the phone on that inevitable Warren nomination. Warren's a weak front-runner. And she's not getting any stronger.

One thought on “Is Elizabeth Warren Set to Fall?”