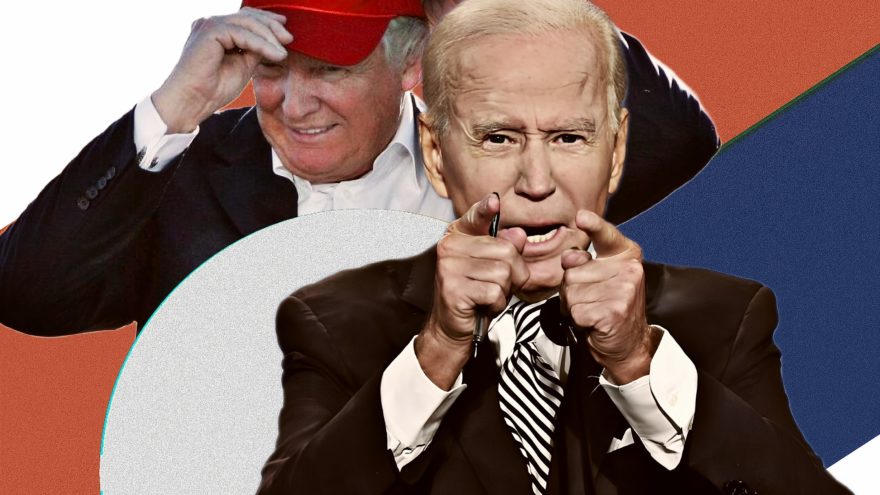 
Former President Donald Trump has opened a clear lead over President Joe Biden in a new Harvard-Harris 2024 poll with the poll finding that 46% of Americans said they would vote for Trump in a 2024 election matchup against President Biden, while 41% said they would prefer the current president. Trump at 46% leads Biden’s 41% according to this survey, with 13% who said they were unsure.

It also revealed that Florida Governor Ron DeSantis would beat both Biden and V.P. Kamala Harris, showing a +3 margin over both Democratic candidates. DeSantis and Trump have been the two leaders of the GOP for months, with DeSantis officially working his way into the conversation after a strong GOP Midterm election season in Florida. While DeSantis was able to take the lead for a few weeks, Trump has since reemerged as the leader of the GOP.

In the GOP primary, Trump has a 20-percent lead over DeSantis as well, at 48 percent to DeSantis at 28 percent. No other candidate gets double digits in this survey, with former Vice President Mike Pence coming in at seven percent, Sen. Marco Rubio (R-FL) and former United Nations ambassador Nikki Haley at three percent, and Sens. Ted Cruz (R-TX), Tim Scott (R-SC), and former Secretary of State Mike Pompeo each at one percent, while two percent said someone else and six percent are unsure.

The survey from Harvard University’s Center for American Political Studies (CAPS), The Harris Poll, and HarrisX was taken Jan. 18 to Jan. 19 and polled 2,050 registered voters.

A 2024 Presidential election between Donald Trump and Joe Biden is currently very close with Trump leading the former Vice President by a 44 percent to 43 percent margin, according to RealClearPolitics’ average of polls.

Though most Republicans are in favor of Trump running again in 2024, there is some dissent within the party. Some have argued that it’s time for the Republican Party to look elsewhere for its future leaders in 2024. However, Trump can help to bring the GOP together with a strong Presidental campaign in 2024, and even more so with a win over Joe Biden in 2024. While polls in recent months have shown that Trump is no longer the king of the hill in the GOP, polling toward the end of December into January of 2023 has shown that Trump has reemerged as the leader of the GOP, and would likely win the primaries if they took place at this time.

President Biden has fallen flat on many of his largest promises, including protecting Roe v Wade, student loan forgiveness, and ending the COVID-19 pandemic. While Biden leaned on these promises heavily in 2020 against Trump, at the height of COVID-19 hysteria, Biden will likely need to find some more believable promises for 2024. Or, the Democrats need to find someone else to run for President, which is not off the table.