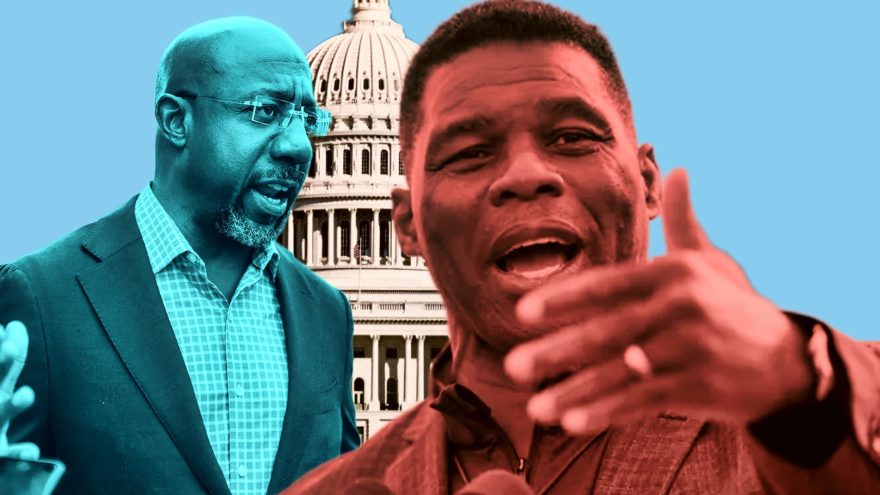 
According to the latest federal disclosures, Democratic Party Senate Candidate Raphael Warnock’s campaign has spent about $170 million on his race, meanwhile, Republican Party Candidate Herschel Walker’s campaign has spent nearly $60 million. Warnock is far outpacing Walker when comparing who’s spent more to win this Senate race. Some estimates have the race at an even higher total spending cost, with Open Secrets totaling the spending on this Senate election totaling a combined $412.6 million.

Since their November 8th Midterm election Senate race, the polling data between (R) Herschel Walker and (D) Raphael Warnock have maintained a razor-thin margin. Currently, Real Clear Politics has Walker up an average of 1.4 points. However, heading into their December 6th run-off election, Real Clear Politics is still calling this race a toss up. 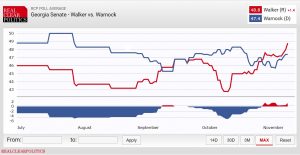 The reasoning for this could be supporters of Warnock hoping to get him across the finish line, however, the evidence isn’t pointing in that direction.

A win from the Warnock team would mean the Democrats could secure the Senate majority, and give a huge boost to President Biden – who only has two years left in office before having to face reelection at 82 years old and with an approval rating that fluctuates heavily, at times having an approval rating as low at just 34%. Warnock’s win would secure a 50-50 Senate, with Vice President Kamala Harris having the ability to be a tie-breaking vote, making the Senate in essence 51-50 in favor of Democrats with a Warnock win.

It’s clear that Democrats have a lot riding on this election, but how has that translated to Warnock’s $170 million campaign?

So far, Warnock’s campaign has pulled rallies that involve both current and former big names. Similar to the New York Governor race, when the polls were looking to be too close for comfort, the Democrats brought out Hillary Clinton to galvanize voters for Kathy Hochul. Warnock’s campaign pulled the same strategy, however, they not only brought out former President Barack Obama once, but Warnock’s campaign also brought Obama out again last week before the Dec. 6th runoff election. Former President Obama spent the majority of his time taking down on Republican, Herschel Walker specifically, as opposed to building up Raphael Warnock. 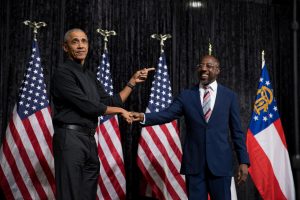 Along with bringing out former President Barack Obama to campaign for Warnock, his campaign has also invested heavily in early voting campaigns along with social media campaigns.

As a result of the massive early voting, as was encouraged mainly by the Warnock campaign, an estimated 1.85 million early votes have already been cast. These votes are expected to be favoring Warnock.

Herschel Walker has since advocated for election-day voting, in hopes that his supporters will see the massive early voting that Warnock has amassed, and his supporters will be galvanized to make up for the large sum of early votes. On Nov. 8th, the initial election gathered a total of over four million voters, Walker will need to rely heavily on election-day voting.

GET OUT AND VOTE TODAY! https://t.co/9WNoAalv02

The top fear for Raphael Warnock’s campaign could be Libertarian voters, as they cast 81,278 votes for the Libertarian party candidate, Chase Oliver, who received over 2% of the total vote on November 8th. Oliver will not be on the ticket for the run-off election, and Libertarians have a tendency to fall in line closer to Republicans than they do Democrats. 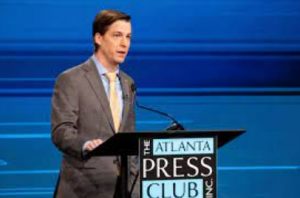 If Walker can convince over half of the over 81,278 voters to come out and vote in favor of the Republican party, that can make up the initial deficit that Walker faced on the initial Nov. 8th election day, where he finished less than 40,000 votes behind Warnock, likely due to the unusually high voter turn out for Libertarian party candidate, Chase Oliver.