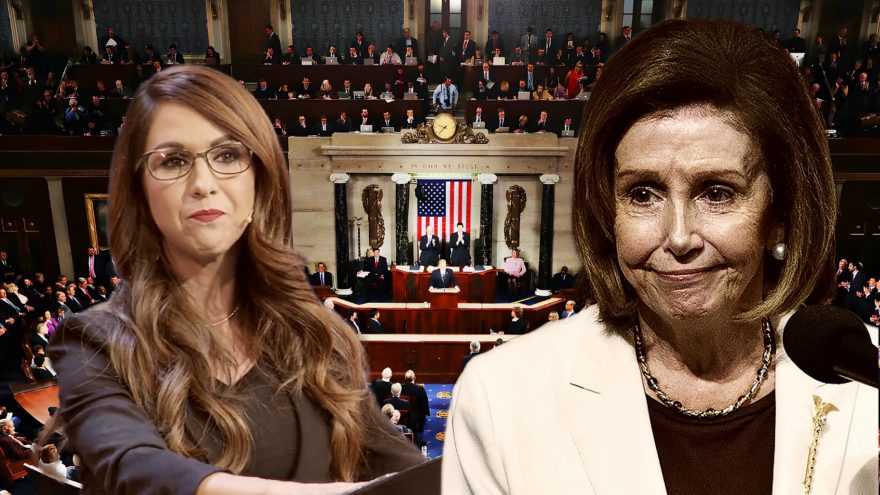 
Today, Rep. Lauren Boebert called out the long-time Democrat Speaker of the House, Nancy Pelosi in front of Congress. In the viral exchange, Boebert said:

“Madam Speaker, The American People Have Spoken. They Have FIRED You.”

FIRED: The days of "Pelosi's House" are over, @RepBoebert says to the outgoing House Speaker. https://t.co/J2jG5b8I9B pic.twitter.com/HT8aKBykNC

Pelosi, now 82 years old, announced last month that she will be removing herself from the role of Speaker of the House following over two decades of leading the House Democrats.

One thought on “BREAKING: Lauren Boebert To Pelosi: “Madam Speaker, The American People Have Spoken. They Have FIRED You.””