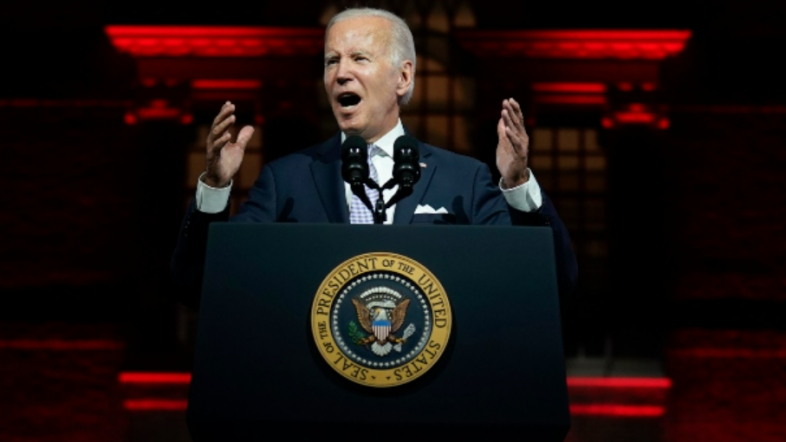 
Thursday, President Biden claimed that former President Donald Trump sees the man who attacked Paul Pelosi and January 6th protesters as “patriots.” During Presiden Biden’s primetime speech in Union Station, Biden said, “How can you call yourself a democracy when you have a group of 1,000 people who storm the United States Capitol, break the windows and doors down … break through the House and Senate doors and chambers, have people cowering on the floor, threatening to kill people?” Biden added, “You saw what happened to Paul Pelosi, in the effort to get to Nancy. Well, guess what. What do Trump and all his Trumpies call them? He said they’re ‘patriots.’”

However, Trump hasn’t said positive comments about anyone Biden mentioned, calling the attack on Nancy Pelosi’s husband, Paul Pelosi a “sad situation” and posted on his Truth Social account about his negative feelings about the attack. Trump also told the January 6th protestors to “go home” in a video posted to his Twitter account.

“Joe Biden is clearly unwell,” said Trump spokesman Taylor Budowich. “Nothing he says makes sense, which presents a very sad reality for our country. America is a nation in decline, and we have never been in a weaker position, but, thankfully, the first opportunity to turn that around happens this Tuesday as a new wave of Trump-endorsed fighters are swept into office.

“There’s too much political violence, there’s too much intimidation,” said Biden. “There are more than 300 election deniers on the Republican ticket this year for state, federal and local government.”

Biden made similar comments earlier this week during a Democratic National Committee event in Washington, D.C. Speaking to a room of party chieftains, Biden framed the upcoming midterms as a crucial moment for American democracy.

“We’re facing a defining moment,” said Biden. “We must with one overwhelming, unified voice speak, as a country and say there’s no place for voter intimidation or political violence in America.”

Recent polls show that voters are not buying the rhetoric amid 40-year high inflation. While Biden’s approval rating has rebounded in recent weeks, a Fox News poll this month found that Republicans lead Democrats among likely voters on the congressional preference ballot.

The same poll found that 89% of voters said they were extremely concerned about inflation and higher prices, while only 74% said the same about the nation’s lingering political divisions.

Biden has consistently attempted to shift his poor approval rating due to the struggling economy under his administration into ranting about political violence and January 6th. However, Americans have shown that the vague ‘threat to democracy’ and January 6th aren’t what’s driving them to vote. Instead, American voters are worried about making ends meet financially at a time when the United States is at over an 8% inflation rate.

Republicans are likely to take Congress, and may even take the Senate. Joe Biden’s attempts to scare Americans into voting for him again are falling flat just 4 days out from the Midterms.