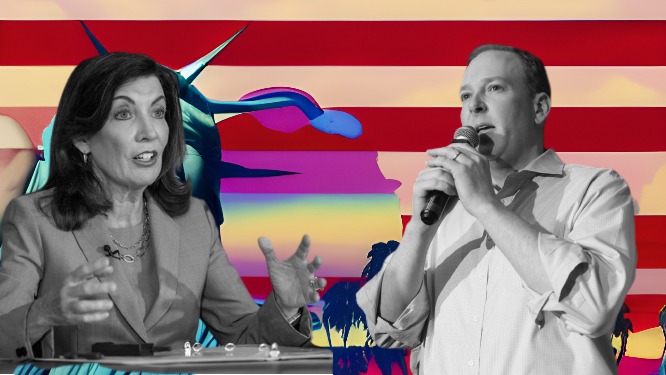 
According to a Trafalgar Group poll, which was published late Monday night, the poll found 48.4 percent would back (R) Lee Zeldin in his race to oust Gov. Kathy Hochul, while 47.6 percent would vote to reelect (D) Gov. Kathy Hochul. The poll surveyed 1,198 likely general election voters and included 4% of voters who reported being undecided. Zeldin leads Hochul by less than a point, and with a margin of error of 2.9%, the lead is well within the margin of error. 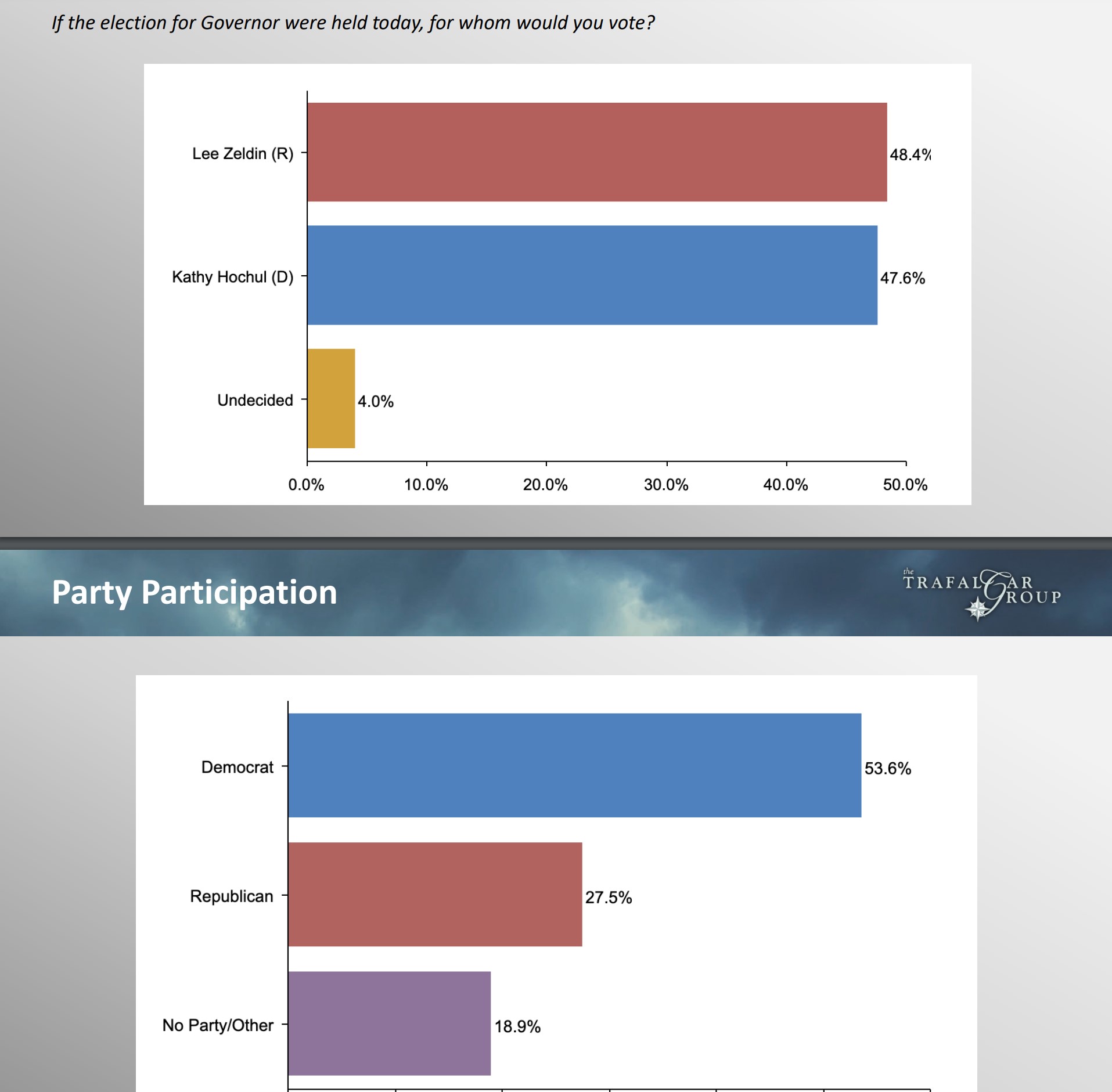 According to Real Clear Politics, which factored in the poll done by Trafalgar, they are listing the race as a “toss up,” and saying on average that Hochul is leading by 4.8 points. Their average also includes a poll conducted by The Hill/Emerson, an outlier that gives Hochul a 9-point lead. 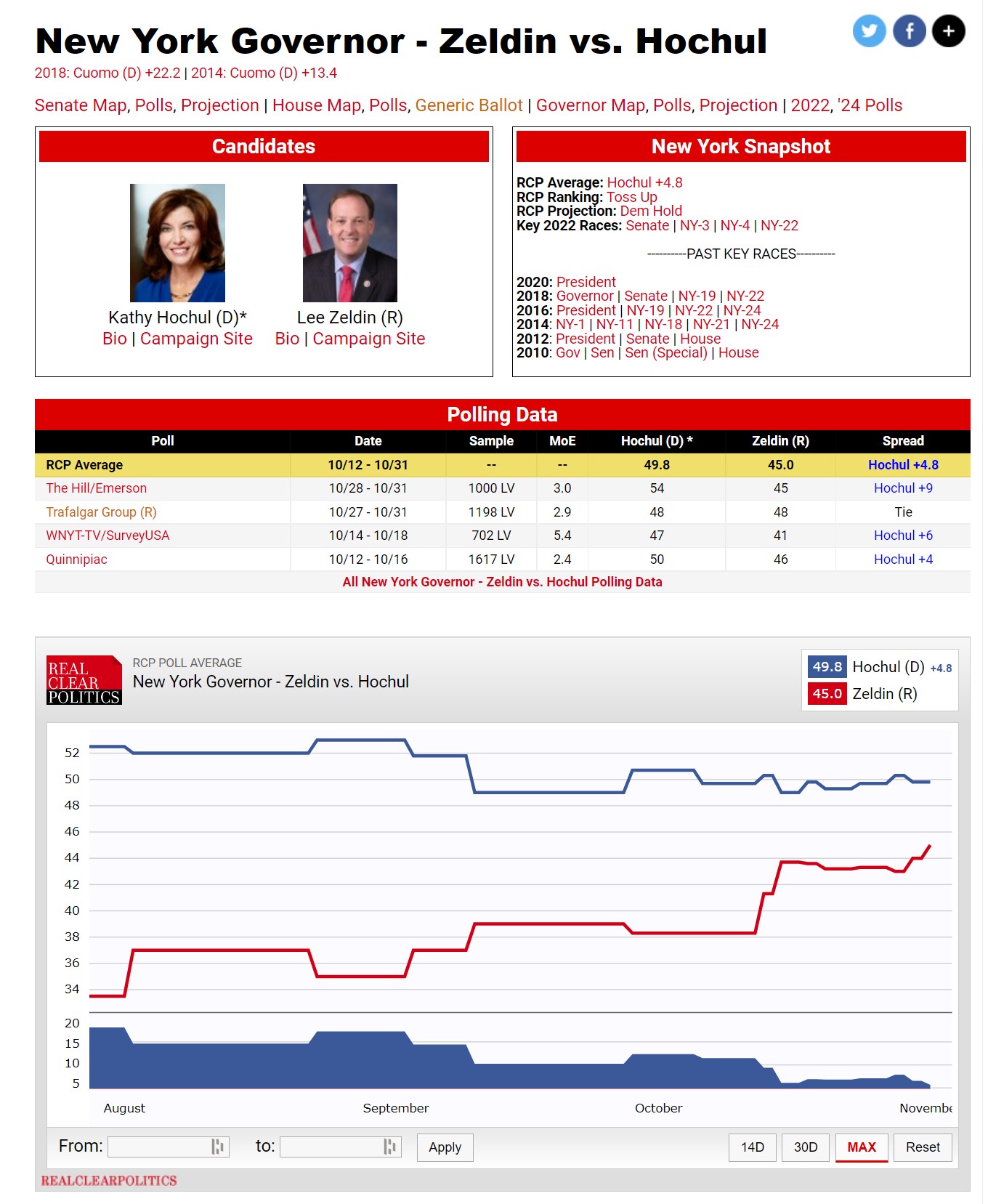 Nonetheless, Hochul’s lead is down from even last week. As of Oct. 29, just 4 days ago, Hochul was given an average lead of 7.3 points over Zeldin. Just 4 days later, she’s holding on to the election by a narrow margin of just a 4.8-point lead.

If the current trend continues, then the race is anyone’s to win. Lee Zeldin, like many Republicans running in major cities, have emphasized crime heavily throughout his run. New York City has seen a spike in crime and homelessness, and if anything goes wrong in New York before Nov. 8, then Lee Zeldin may become the next Governor of New York.

Kathy Hochul claims that crime in New York is a conspiracy, but for the family of Connie Tuori, and so many others, it’s very much their reality every single day. pic.twitter.com/TZQurfpg0k