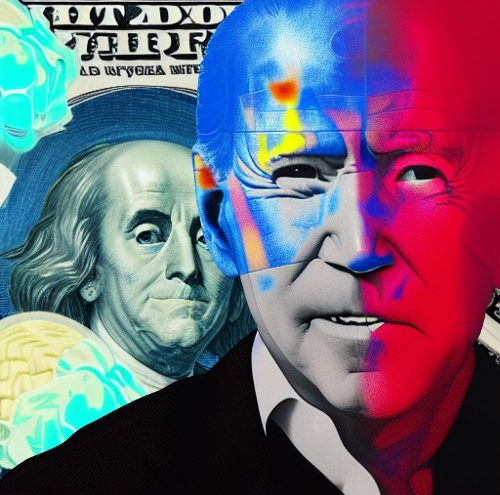 
While President Biden in all likelihood won’t be answering any questions about the economy, especially at a time when the Midterm elections are under two weeks away, the economy has yet to see the growth that this administration has promised. The GDP has grown just +0.6% throughout this past quarter, and while the New York Times is blaming “slowing consumer spending and a rapidly weakening housing market” for halting the slowed growth since this summer, others see slowed consumer spending and a weak housing market as symptoms of the United States sky-high inflation, not a personal choice by the consumer. Americans are currently in a place where we have not economically recovered from the lockdowns implemented by our government, and tying in Biden’s high spending through his two years in office, we don’t look to be recovering any time soon as inflation worries worsen.

Twitter users also took to their phones to call out the New York Times for throwing the “percent annual rate of growth” into the headline and throughout their article diving into the economies Q3 report. Of course, we aren’t talking about annual growth, were talking about the entirety of the previous quarter, and framing this quarter in a way that speculated an entire year of even small growth is misleading, especially at a time when the United States GDP has been in a state of negative growth for multiple consecutive quarters under the Biden administration.

That’s terrible and LOL at them trying to make it look better with the annual rate. https://t.co/orVsmdJipB

The New York Times also wrote about the danger the economy is in currently, and attempted to not just serve as damage control for Democrats before the Midterm elections, writing:

“Ignore the headline number — growth rates are slowing,” said Michael Gapen, chief U.S. economist for Bank of America. “It wouldn’t take much further slowing from here to tip the economy into a recession.”

Consumer spending, the bedrock of the U.S. economy, rose just 0.4 percent in the third quarter, down from a 0.5 percent increase in the quarter before, as rapid inflation ate away at households’ spending power. Spending on goods fell for the third consecutive quarter, while spending on services slowed but remained positive.

But forecasters and investors have become increasingly concerned that the Fed will go too far in its efforts to slow the economy and will end up causing a recession. Consumer spending has continued to increase despite higher interest rates and rising prices, but it is unclear how long that can last.
“‘Borrowed time’ is how I would describe the consumer right now,” said Tim Quinlan, senior economist at Wells Fargo. “Credit card borrowing is up, saving is down, our costs are rising faster than our paychecks are.”

The impact of rising interest rates is clear in the housing market, where home building and sales have both slowed sharply in recent months. The housing sector shrank 7.4 percent in the third quarter, subtracting 1.4 percentage points from the annualized growth rate in overall G.D.P. Businesses also cut investments in commercial and industrial buildings
Overall, Americans have felt the costs of rising gas prices and skyrocketing inflation, which is currently sitting at 8.2%. The American people are paying much more for the same good, and the Biden administration has been too worried on vaccines, social issues, meeting with celebrities, and attempting to scare Americans that “Democracy is being threatened.”

Americans appear to care more about affording essentials to live than they do about a nearly 80-year-old man screaming about Democracy. Until Americans can go back to the pre-COVID economy and gas prices stop being comparable to the Obama administration, frequently sitting at over $4.00 a gallon, Americans will continue to be unpleased, and no amount of fearmongering about social issues will make them see Democrats as legitimate candidates.

One thought on “BREAKING: U.S. Economy Q3 Report Is Out – Biden Struggles To Build Back Better”