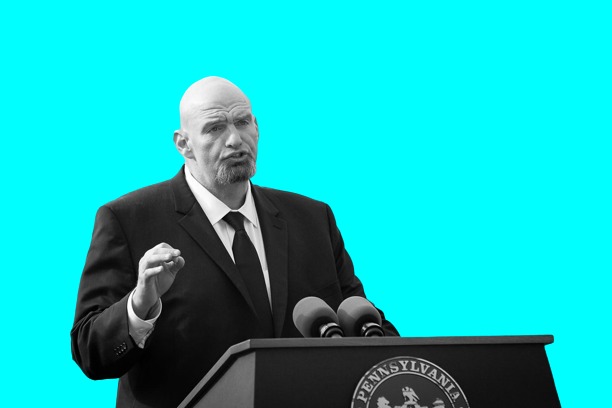 
On MSNBC’s Morning Joe program, one segment of the show for Friday’s show included asking swing voters how they feel about U.S. Senate Candidate (D) John Fetterman. Many gave responses that the Fetterman campaign team isn’t going to like to hear. Responses included, “hard to watch him speak”, and “that’s the sad part, and that’s why I think somebody should have stepped in, and said, ‘Hey, this just isn’t the right time, John.”, and other comments about the poor health in John Fetterman that is campaign is refusing to acknowledge. Some even went as far to say that Fetterman choosing to run despite his health issues with making the Democratic look bad for even tolerating his campagin.

Though the collection of voters expressed sympathy for Fetterman’s condition, they admitted that it meant he wasn’t an ideal candidate.

Just prior to the focus group discussion, Jordan noted that she showed the voters a clip from Fetterman’s recent interview with NBC reporter Dasha Burns.

That interview featured closed captioned questions from the reporter so that the candidate could better process them. Fetterman has claimed he’s still suffering health effects from his stroke earlier in the year.

That interview generated controversy, as liberals and even Fetterman’s wife accused Burns of making it look as though Fetterman had cognition issues.

A female voter from Bucks County opened the discussion, saying, “It’s hard to watch him speak because you want the words to flow. You want him to be able to have that ease of communication.”

The second voter was less tolerant of Fetterman’s condition, admitting his belief that it’s a serious liability for the Democrat’s campaign. Addressing the first speaker, he said, “The one thing that I got to say, that you did say, is you don’t know if he’s going to need that [closed captioning] six months from now or the rest of his life, and neither do we, and neither do his doctors at this point.”

He added that Fetterman shouldn’t be running now, saying, “That’s the sad part, and that’s why I think somebody should have stepped in, and said, ‘Hey, this just isn’t the right time, John.’”

This small experiment shows how an aware voter likely sees John Fetterman. While many have sympathy that he went through a very serious health scare, those who actually are listening to the interviews and speeches by Fetterman have realized by now that he’s not currently in good health. Of course, it’s sadly up for the people to realize at this point, because Fetterman’s team, similar to Biden’s team, has hidden him for so long and only allow him to come out in short spurts. Hiding a candidate from the public eye is not a good way to gain trust in potential voters.