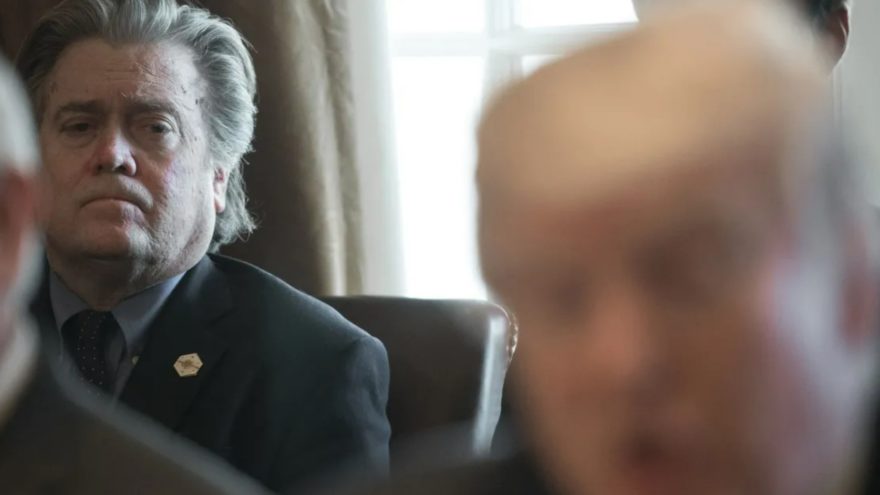 
Former President Donald Trump’s former advisor, Steve Bannon, was sentenced to four months in prison and a $6,500 fine for refusing to comply with a subpoena from the House committee’s group investigating January 6th. Bannon in widely credited with helping Donald Trump win his 2016 Presidential campaign.

US District Judge Carl J. Nichols sentenced Bannon after he was found guilty in July of two counts of contempt of Congress. This is due to Bannon’s refusal to testify, along with refusing to hand over documents related to January 6th.

Bannon claimed executive privilege precluded him from appearing before the committee to talk about the Jan. 6, 2021, attack on the U.S. Capitol, though prosecutors noted that he left the White House in 2017.

The Justice Department began closing arguments Friday morning with prosecutor Molly Gaston telling jurors, “This is a man who didn’t show up.”

“He didn’t want to recognize Congress’ authority or play by the government’s rules,” Gaston said. “Our government only works if people show up and play by the rules and are held accountable when they do not.”

“When he chose to defy a congressional subpoena, that was a crime,” Gaston continued. “The defendant chose allegiance to Donald Trump over compliance with the law.”

The January 6th committee is widely criticized for being biased against Donald Trump and his political allies. While the government likely chose to not look at the Black Lives Matter riots, which caused far more damage and resulted in the deaths of many innocent people, they also choose to look at the media portrayal of January 6th – which exaggerates the situation. For a situation that was over within a few hours, nearly 2 years later the government is choosing to look into every nook and cranny in an attempt to see who they can bring down next.