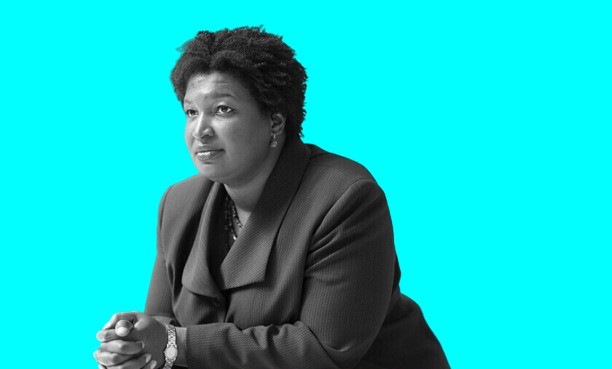 
After years of fear-mongering about African American voter suppression, Georgia just smashed their 2018 early voting numbers. This comes after President Joe Biden, Stacey Abrams, and multiple other Democrats branded a Georgia election integrity law as White supremacist, voter suppression, and – most commonly, Jim Crow 2.0. President Biden in 2021 would also add “It must end. We have a moral and constitutional obligation to act.”

Chief Operating Officer in the Office of the Georgia Secretary of State, Gabriel Sterling, said Monday via Twitter, “Our elections team has reviewed the initial early vote numbers for Day 1 and we know we are north of 125,000. This dwarfs the previous record of 72k from the 2018 midterm 1st day of early voting. We will have exact numbers in the morning. #gapol #PlanYourVote.” 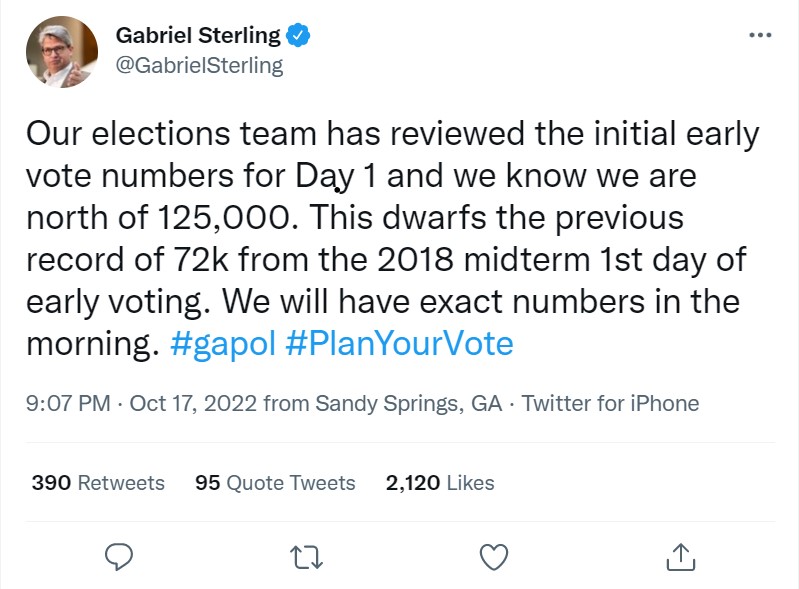 Of course, if voters were being suppressed then it would be assumed that the number of early voters would be going down, not shooting up over 50,000 voters.

Hours earlier, Sterling had tweeted, “As of 4:15 we have seen over 100,000 Georgians cast their votes early. This blows away the previous midterm 1st day record of approximately 72,000 and we have lots of voting to go today.”

His AJC colleague, reporter Mark Niesse, also touted the record-breaking numbers, tweeting, “Record midterm turnout on Day 1 of early voting in Georgia: About 124,000 in-person votes cast, smashing the previous high of 71,000 on the first day of early voting in 2018.”

Conservatives found this remarkable in light of Democrats’ efforts to claim that Georgia officials were limiting the vote. They brought up the old talking points on Twitter.

Mississippi Secretary of State Michael Watson tweeted, “Remember all of the doomsday projections about voter suppression with the election legislation passed by our friends in GA? I do. Well done, Georgia! #EasyToVoteHardToCheat.”

It’s difficult to speculate how this will affect the Senate race between Herschel Walker and Raphael Warnock. This could eventually become a talking point for Walker’s campaign, since Warnock and his party were race-baiting voters and then were not only incorrect, but wrong to the tune of 50,000 early voters.

With only 21 days until the election, Real Clear Politics has maintained that Warnock has roughly a 3-point lead over Walker. However, many polls are showing the race is extremely close, with few polls showing either candidate with over a 3-point lead over the other.