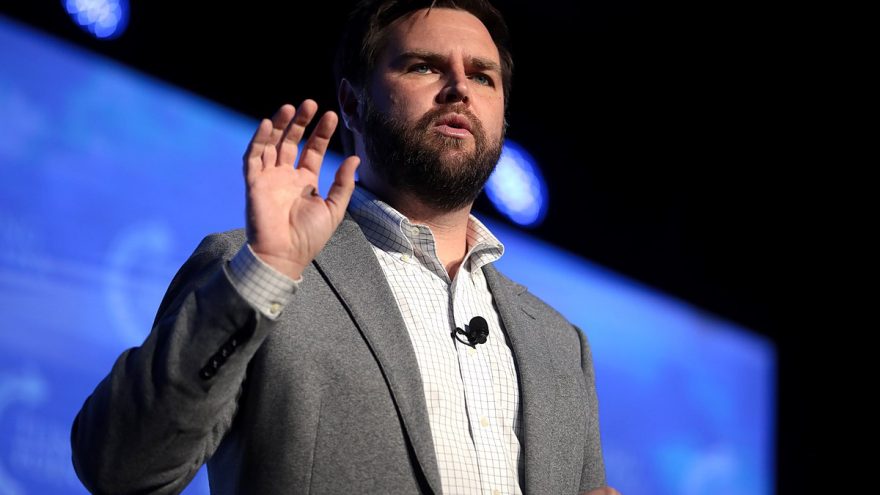 
On Saturday, President Trump personally rallied for Senate candidate J.D Vance. While this isn’t the first time the President has rallied for Vance, he was out Saturday. This was ahead of last night’s first debate between Vance and Democratic candidate Tim Ryan. President Trump mentioned that he believes Vance will fight Biden and the radical left every day.

The seat Vance is campaigning for is retiring Senator Rob Portman’s seat. While the state has been Republican, especially with President Trump having led Biden in the state by 8 points in 2020, this race is surprisingly showing that this election will be a bit more work for the party as Ryan and Vance are neck to neck in polls this morning. With Ryan at 44.9% and Vance at 44.7%, both parties will have their work cut out for them over the next month.

During President Trump’s rally in Youngstown, the President discussed a wide variety of topics. He hit on transgender students in sports, the death penalty for drug dealers and human traffickers, and even the ongoing investigation at his Mar-a-Lago residence. Mentioning that Vance is ready to take a stab at these topics.

Trump stressed that Vance has the support of MAGA allies, with Ohio Rep. Jim Jordan and Georgia Rep. Marjorie Taylor Greene both in attendance. Trump discussed that Vance is going to be a good addition to the Senate for Republicans.

Vance, who went on a fundraising run through Florida, stated in a short speech that he wants to “make Ohio free and prosperous and secure.”