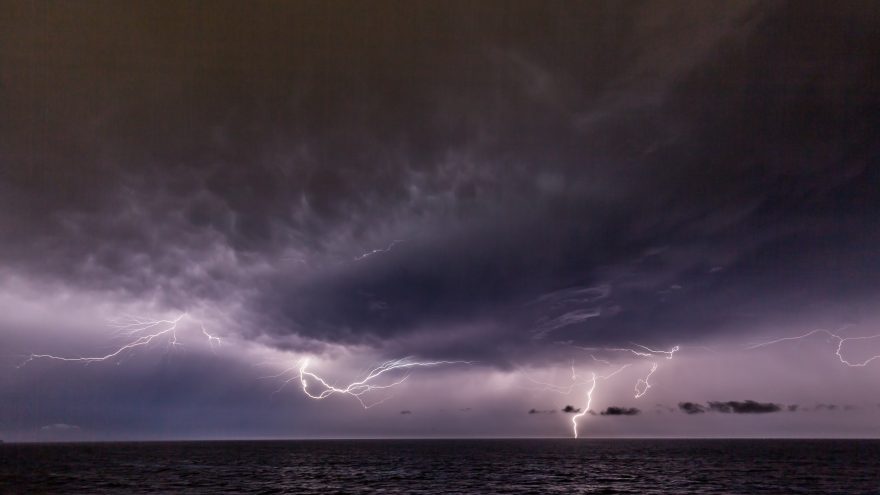 
Southern Florida faced a formidable storm when Hurricane Ian made landfall and wrought havoc. We reached out to Janet Morana, P.D., who serves as Executive Director of Priests for Life and she told us about some of the struggles the pro-life movement is facing.

Morana works in Titusville, near the Kennedy Space Center on the East Coast of Florida, her locations didn’t face the brunt of the storm. But she supports organizations that saw devastating impacts. Priests for Life instructed every one of their staff to work from home and to protect their homes and families. They boarded up their facilities and placed sandbags around them for protection.

In Fort Myers, Florida, facilities are still shut down as of today, October 3rd. Some houses left nothing behind save for foundations. Boats blew into mangroves and islands. And even life-saving institutions had to shut down temporarily. Many women in need of help will have to travel far to find it.

When we asked Janet how the pro-life movement will be mobilized to help, she reminded us that pro-life is a much broader scope than only protecting children from abortion. Morana was part of an effort to save newborns who faced starvation in the recent baby formula shortage. During that crisis, Priests for Life traveled hours to collect formula for mothers in need. She told us that she’s “prepared to do the same again.”

“After Hurricane Sandy in New York, they opened up and offered free abortions.”

Morana made it clear that the opposition will also not remain idle. Her first book, Recall Abortion, explains how abortion exploits women. She also told us that abortionists exploit everything they can to forward their agenda. They’ve exploited hurricanes in the past too. Janet told us about how abortionists used Hurricane Sandy to end as many unborn lives as they could. Their response to a life-threatening hurricane was to offer free abortions to everyone. Morana told us that they essentially shouted “come in here and get free abortions. Whenever there’s a disaster, their response is free abortions.”

She went on to say that women who get abortions only do so because they feel helpless already. A disaster exacerbates those feelings of helplessness and leads them to the brink. When they don’t know what there is any other option, it’s easy for baby killers to manipulate struggling mothers. Morana told Pro-Life Update that women don’t get abortions because of “freedom of choice” but rather because they have “no freedom and no choice.”

Since the Supreme Court Ruling in the Dobbs vs. Jackson Supreme Court Case, pro-abortion rioters have been attacking lifesaving organizations ruthlessly. More than 23 pro-life pregnancy centers experience vandalism, arson, and other vicious attacks in the last few months. Some “Jane’s Revenge” terrorists have even firebombed centers and left them devastated. The FBI have not investigated and no arrests have been made.

We asked Morana if she’s worried about pro-abortion rioters using this opportunity to vandalize and attack pregnancy centers or other pro-life organizations. She told us that “the pro-abortion movement has never met an abortion they don’t like.” She went on to say that they will “use every opportunity they can in every way they can.” While she doesn’t know of any deliberate attacks as of Thursday, September 29th, she does know of Planned Parenthood’s attempts to exploit women in need.

She explained that Planned Parenthood set up probable abortion units on the border of Florida. She said that they are “very creative in their ability to exploit women.” Planned Parenthood is using every opportunity they can to abuse and manipulate every woman who feels helpless.

At each facility, the organization hires individuals to ensure that women don’t know they have any option other than killing their children. The FBI protects these abusers by hunting down anyone who would offer help to women in need. Mark Houck, a pro-life counselor faced the end of FBI rifle barrels at 5:00 am when they raided his home and traumatized his family. All he did was offer women help, council, and another option. One of these information bodyguards accosted his son with rage and profanity. Houck shoved the man away from his son and even the local presiding judge dismissed the case. Biden’s Department of Justice, however, decided that no woman in need can learn of any alternatives. So the FBI took Houck away from his traumatized family in handcuffs.

Organizations like Priests for Life are fighting on the front lines against forces on all sides that threaten the unborn. It’s vial that we show them all the support we can. She says that the moment Priests for Life hears a call from Heartbeat International to help the movement back on its feet, they will do everything they can. She stated that “abortion centers will be open as soon as they can to kill babies,” so we should be open just as quickly to protect them.

If you feel moved to support the recovery and protection of the most vulnerable members of our population, please donate to Priests for Life and Heartbeat International.

When Heartbeat International responds to request for comment, we will cover recovery efforts in detail.

The left often argues that pro-life Americans only care about children before they’re born. Times like these are the times where it’s vital to prove them wrong. Every one of us should do our part to help those in need, from poverty and ill-circumstance to hurricanes and acts of God. The pro-life movement is first and foremost about family, about life, and about the protecting those who need a helping hand. Now is always the time to lead the way in the one of the greatest movements of compassion and kindness the world has ever seen.

One thought on “How Abortionists Exploit Victims of Hurricane Ian”