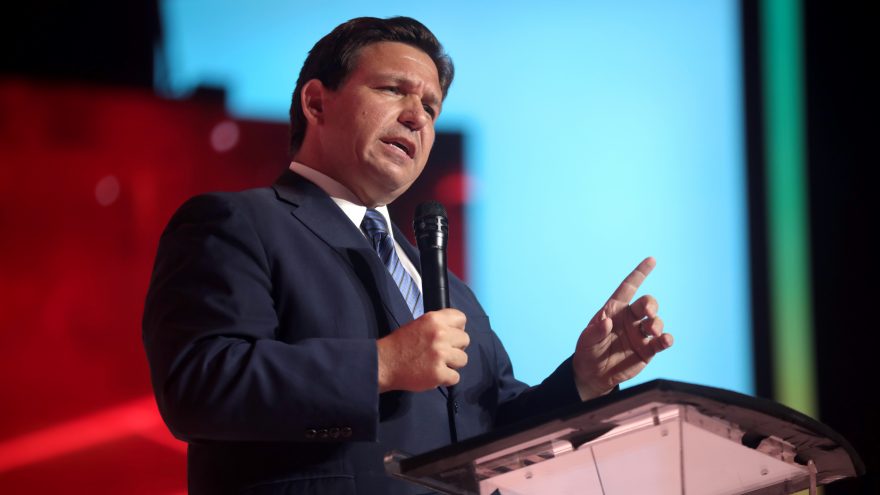 
Not long after Ron DeSantis flew immigrants to Martha’s Vineyard on private planes, he flew to Kansas to campaign for another Republican. During his time in Kansas, he embarked on an hour-long speech that sounded akin to a presidential campaign speech.

During his time as Governor for Florida, Ron DeSantis has created a heavy track record in which he has earned the title, “America’s Governor.” From ensuring parental rights, to taking on Disney, to flying immigrants to Martha’s Vineyard, DeSantis is the voice of the conservative movement. DeSantis has earned the respect of many that are encouraging him to campaign for the 2024 White House.

There is speculation that if he wins his second term for Governor in Florida, that he will quickly make an announcement of a presidential campaign. DeSantis’ stop in Kansas was one of many in which he is working to build a donor base and national profile – key goals for any presidential candidate.

DeSantis raised nearly $180 million between his re-election campaign and his state-level political action committee through Sept. 9, setting a new record for gubernatorial fundraising, according to OpenSecrets, a non-profit organization that tracks campaign finance.

A USA Today/Suffolk poll released on Wednesday showed DeSantis leads Trump 48%-40% among Florida Republicans in a 2024 presidential primary contest. That was a reversal from a Florida poll in January when Trump edged DeSantis 47%-40%.

Ready for Ron, a federal fundraising PAC, wants DeSantis to seek the presidency. The group has run television and digital ads and has spent between $250,000 and $500,000 since its launch in May, according to Dan Backer, a lawyer working for the PAC.

The conservatives are looking to “America’s Governor,” Ron DeSantis to beat Biden in 2024. They are hopeful that DeSantis is the guy to bring back our cultural values that have been spat upon by the Biden Administration.

Ron DeSantis is a highly respected Governor with a proven track record of fighting for what he believes in. He has the backbone to stand up to anyone, including Disney and big government. If he wins his second term as Governor, it’s likely that he will announce his candidacy for President of the United States in 2024. We need someone like Ron DeSantis who isn’t afraid to fight for what’s right and will work tirelessly on behalf of the American people.