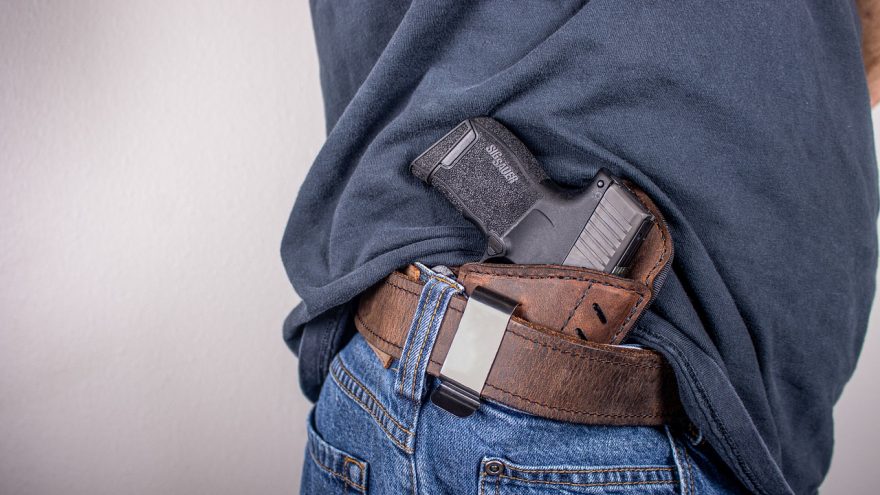 
According to Pew Research in 2018, 57% of students live in fear of school shootings. Do you want to know how to make them feel safe? Prepare their teachers to protect them. That’s exactly what Ohio decided to do.

Ohio House Bill 99, which protects teachers’ right to bear arms, is now law. Monday, this week, Ohio passed the bill which removes barriers from teachers to carry in a classroom. The Bill reduces the required training from an absurd 700+ hours down to a foundational 20-hour course.

The left claims to care about protecting children in schools, but this is how left-leaning outlets like CBS decide to respond to laws that actually protect our kids. Immediately, they start by labeling the bill controversial. The Ohio teachers union also responded right on cue.

The Ohio Federation of Teachers Union President Melissa Cropper had this to say. “Anytime someone is carrying a gun there’s a potential for an accident to happen or for someone to pull the trigger to quickly,”

The Buckeye Firearms Association spokesman Joe Eaton responded. He says that the fastest responders will always be people who are already in the building. “If you look at Sandy Hook Elementary School, the response times there were the best we will ever get waiting on outside help. And we still lost 20 babies that day.”

Although, if we really want students to feel safe, this isn’t far enough.

What We Should Do Next

Check out this Vice coverage of a Baptist school’s training plan to respond to an active shooter. Teachers bear arms and students learn to engage a shooter when he enters the room. High School kids learn to disarm and confront wicked killers that are there for one purpose: to end them. Watch that video, imagine every school did the same, and tell me how many school shootings you would expect. I’ll venture a guess that number might be 0.

If we really want our students to feel safe, why make them cower in a corner in helplessness and fear? At least this way if a student is in the room when a school shooter opens fire, they will either go down with dignity or actually stop the killer.

We should certainly celebrate this win in Ohio and fight for more like it across the country. But the real answer is to prepare our students to protect themselves and each-other. Only then will they truly feel safe.